An in-depth look at the Argali Serac Knife 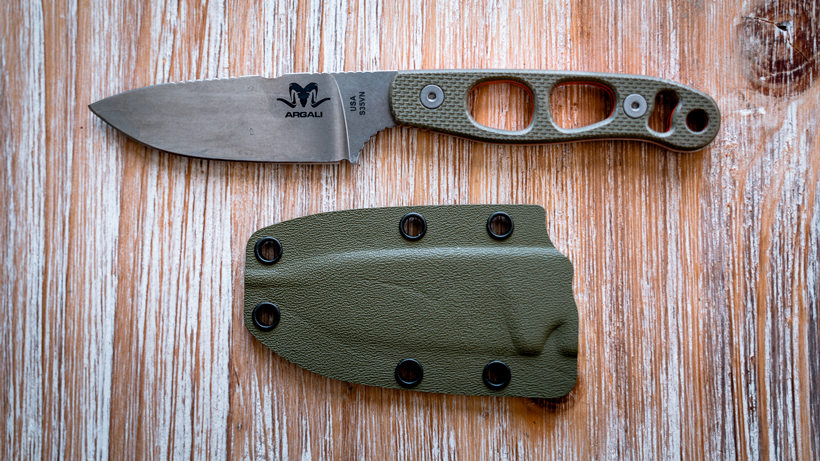 The wave of hunting gear developments each year is one that won’t soon wane. As hunters and backcountry hunters especially — we’re always looking for the next best thing for our kits. In terms of kill kits, a good knife is high on the list of must-haves. Idaho-based, hunting company Argali has made a name for themselves in this area — one that was born in 2019 along with their highly esteemed Carbon Knife. This is a company, like many others, that is always looking to progress. So, in late 2020, Argali came out with two new knives to add to their roster. The Col — for the extremely weight-conscious — and the Serac — for those who want a little more knife in what is still an ultralight package. I tested the Serac on a recent Coues deer hunt down here in Arizona and saw it in action with mule deer in Idaho. Naturally, I have thoughts.qq

WHAT IS THE SERAC?

The Argali Serac Knife is a fixed blade knife in a do-it-all form. It was built for backcountry hunters looking for a deeper belly blade that wouldn’t break the scales. With this deeper belly, in comparison to the Carbon Knife and Col, as well as the drop point, you’ll get the functionality of a skinning blade with the ability for fine detail work in those tough to reach areas. This one-stop-shop, do-it-all knife comes in at a whopping 2.1 oz. With a 3″ blade and overall length of 7.25″, that’s really not much weight at all. The blade is made from premium S35VN steel for superior edge retention as well as corrosion resistance. Argali also equipped the handle with a textured G10 material, which means that this won’t slip out of your hands anytime soon — particularly during field butchering. And, when you’re done getting this knife dirty, it’ll rest back in the weightless Kydex sheath that it comes in. Last, but not least, they’ve also added in a sharpened Ferro rod striker along the spine of the blade for those of us who use a flint and steel out in the hills. 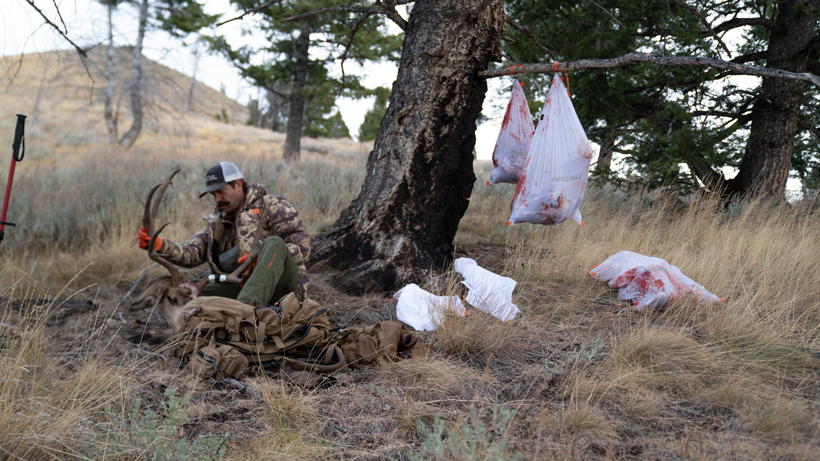 My first impressions of the new Argali Serac Knife were largely positive. Being a big fan of the Carbon Knife, I was excited to get this in my hands. Right out of the box, that 2.1 oz shined pretty bright in my hands. Even with it being so ultralight, this knife didn’t feel like a play toy that would break. Between the G10 handle and the stout blade, it felt like it could handle any animal that came its way. The ferro rod striker had me pretty excited as I do actually use a flint and steel in the field. Another key feature that caught my attention was the shape of the blade. For years now, I’ve run the Carbon Knife that Argali offers and have done so pleasantly. If there was one thing I could change about that knife, though, it would be the blade shape. It was as if the company heard me and developed the Serac just for me. With the key features and functionality, I’ve got to say that this thing looks smokin’! The green and orange handle really pops on this knife and it’s just overall appealing to the eye. However, good looks aside; only time in the field would tell if the Serac would make the cut. 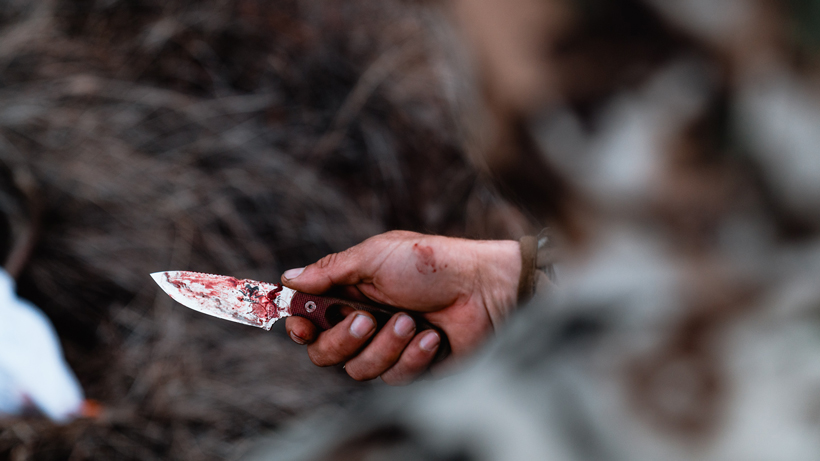 My enthusiasm to get the new Argali Serac Knife dirty was high to say the least. During an October rifle mule deer hunt in Idaho, I got to see the Serac break down an entire mature mule deer buck without fail or any need for sharpening. The user enjoyed the deeper belly of the blade and the overall feel of the knife. That was largely his experience though. Mine would come the following January.

In early January, I found myself backpacking into one of our wilderness areas for an archery Coues deer hunt, which is a common occurrence for me this time of year. The hunting gods were feeling generous apparently and blessed me with a 20 yard shot on a great buck. Not only was I stoked on my archery buck, but I was pumped to put the Serac to use. As I expected, the knife performed flawlessly. Actually, it exceeded my expectations. Usually, when it comes time to skin out a skull, I’ve gotta hit the blade edge on a ceramic rod to get it back. With the Serac, I didn’t have to do that at all. Another thing that I appreciated on this knife was the drop point. I’ve used deeper belly blades in the past and always had difficulty making that first initial skinning incision. The Serac stomped that issue for the most part. And the skinning. Oh, the skinning. It was a dream skinning with this knife. Overall, it was a smooth process. Is there anything that I didn’t like about the knife, though? 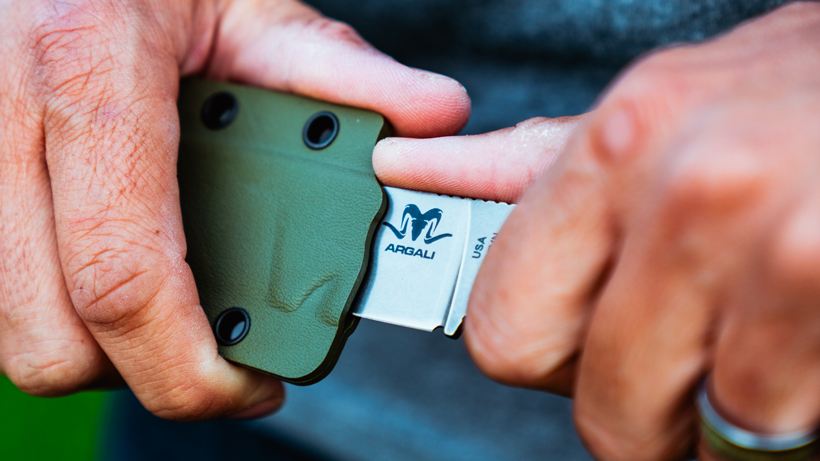 I friggin’ love this knife. But if someone held me down and made me dig up a few things that I didn’t like about it, they would be as follows. First, the knife can be pretty difficult to get out of the Kydex sheath that it comes in. On the Carbon Knife sheath, there was an adjustment screw to control how tight the sheath was. With the new Serac, that adjustment is absent. In order to get the knife out easier, use your thumb on the spine side of the knife to help push against the sheath. You’ll get the hang of it. Next, I said that the Serac stomped that initial incision issue “for the most part.” It did much better than other deep belly blades I’ve used in the past, but it wasn’t perfect. If the blade was a smidge longer with a slightly more narrow tip, it just might be perfect. This could also help the blade tip glide beneath the skin better for that long cut down the spine we make. Again, I’m digging here, but food for thought. 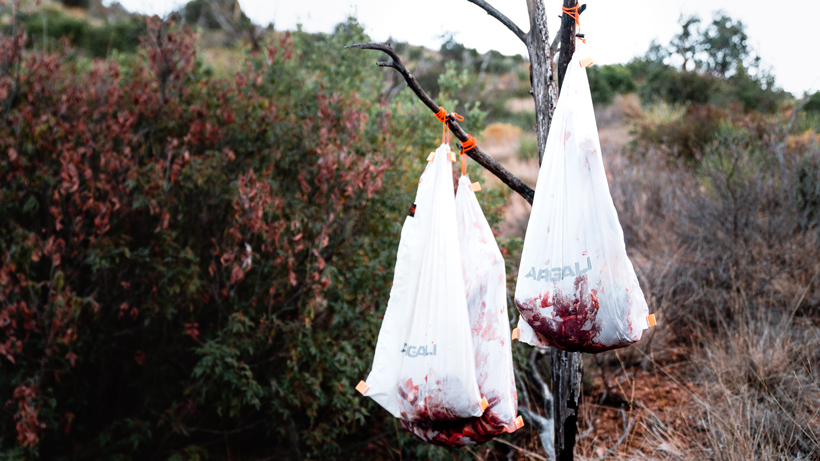 So, is the Serac just white noise in the aforementioned wave of hunting gear developments? My answer to that is a hard no. There are gear items that come and go with time. The Serac is one that I believe will be around for the long haul. All in all, I’m incredibly happy with the Serac and excited for what adventures are to come with it by my side this year. As an avid backcountry hunter, this is a welcome addition to my kit. Whether I’m cutting up an animal or starting up a fire on a cold night with the ferro rod striker, the Serac is ready for action. If you’re in the market for a new knife, give this a look. And, while you’re at it, check out what else this conservation-focused backcountry hunting company has to offer here. I’ve used their game bags for years and they are legit. Not to mention, Argali is run by good people. I’m going to go try and get this Serac dirty again now!