Acknowledging your weaknesses today to be a better bowhunter tomorrow 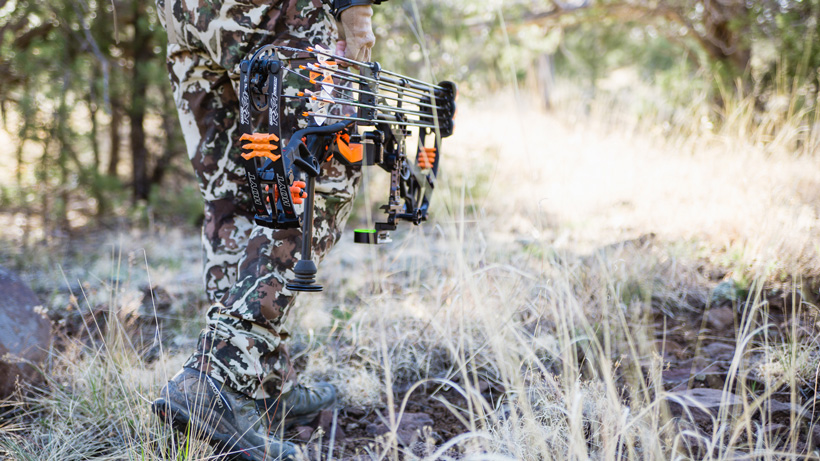 As any avid bowhunter can attest, mistakes are going to be made in the field. It's all part of the territory that is bowhunting. An old buck can make you feel like you are on top of the world one moment and down in a rat-infested ditch the next. I laugh about this often. How dare those bucks toy with my emotions. But I think that's one of the many things that draws us to bowhunting. It is a never-ending roller coaster ride that we look forward to every season. What we retain from that ride is going to dictate our progression and, ultimately, make us better hunters. When we are in the field, our weaknesses are amplified, but they can get overlooked in the heat of the moment. The sound of your heart beating out of your chest has a tendency to dampen that amplification, which is why I believe reflecting on these moments is so huge. Dissecting where your weaknesses are is going to give you the tools to be a better bowhunter tomorrow. 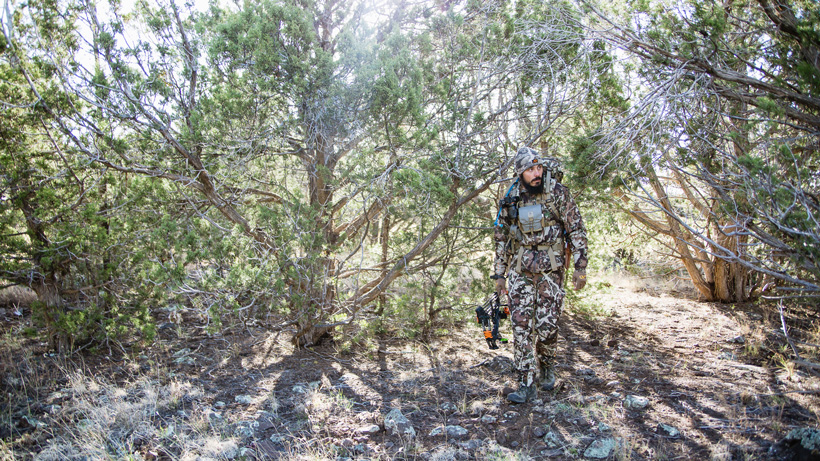 We as humans are most definitely creatures of habit. Forming habits is natural for us—probably because it frees up our minds to focus on other things. Habits also bring comfort because we are addicted to familiarity. We know what our day is going to look like before it happens. This is one of the reasons it's so important that we practice shooting so much—so we can make our shooting become second nature. Not having to think about the fundamentals of our shooting while a screaming bull is in front of us is just one less thing we have to worry about. Here's the thing, though: This habit business goes both ways and we can form bad habits in a hurry without even knowing it. Particularly, with our shooting. Sometimes, I will have people take photos of me shooting and or observe me. Do they see something that I don’t? Quite possibly. When we get in the habit of doing something, just like the goal of our shooting, it starts to become second nature and we don't even know it. It’s important to recognize your habits, both good and bad.

The same thing can be said about hunting spots. I feel that most of us are heading back into the same area year after year whether we’re successful or not. I know I have been guilty of this for the sheer fact of familiarity. I know where I am going to park, sleep and glass. All of these things I don't have to think about so I can just go hunting. I mean, if the area is producing, why leave, right? I have spots like this where I will go every year; however, I already know that spot and how to hunt it. To keep growing and progressing as a hunter, I like the idea of knowing how to hunt a variety of different areas. Being well versed will ultimately lead to more success because we learn to adapt easier. So, instead of returning to your tried and true, don't be afraid to take yourself out of your comfort zone and give some other areas a spin. You might just learn something that could help you be even more successful in that tried and true area you hold so dear.

Be honest with yourself 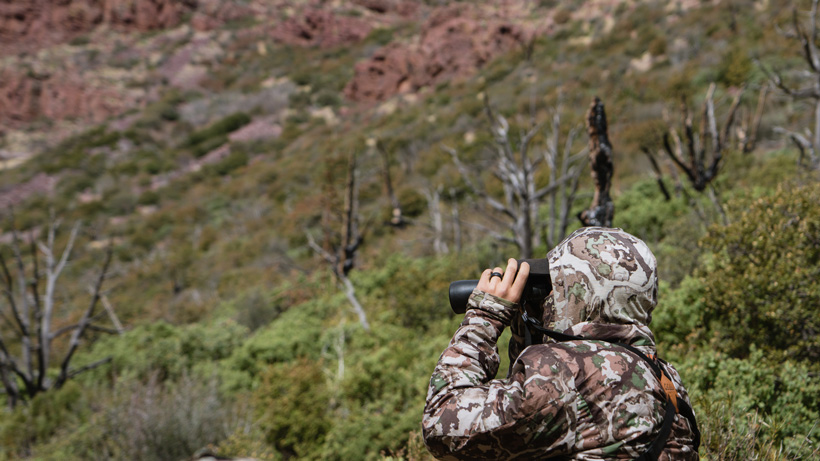 If we are not honest with ourselves and our weaknesses in the field and out, we can't expect them to disappear anytime soon. I think it's common practice for us to get wrapped up in what or how other people are doing things, which makes us dishonest to ourselves. Social media is a big contributor to this. We see people posting pictures of these giant bucks and bulls and they become a standard to us. But, maybe you're not at that point in your bowhunting career yet. Another example is if you're not a good elk caller, then that is ok. There are plenty of people out there that are successful every year on elk that don't call. Don't feel like you have to be out there trying to bugle your brains out to kill an elk just because that is what you are seeing on the internet. Either spend the time to get better at your calling or focus on different methods of hunting to increase your success and play to your personal strengths. Perhaps you are much better at spot and stalk? Use that. We are all different and are naturally going to have different skill sets. It's important that we recognize not just what we are good at, but what we are not. What you do from there is entirely up to you. 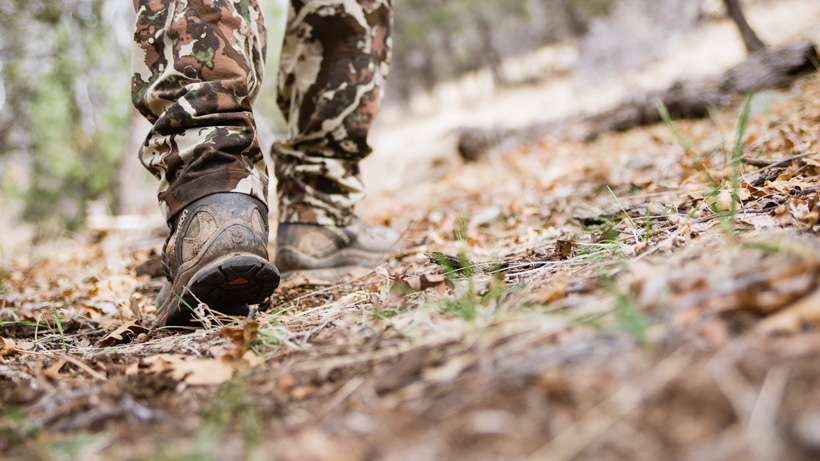 So, what's next? Put your findings into action. Don't just rub it off and put it to the wayside, thinking it will heal itself without effort. If you do, you are more likely to see your weakness sprout up again sooner than later. This is probably going to involve taking yourself out of your comfort zone like I said earlier, but that's OK. It is just going to make you better in the long run. What is uncomfortable now will soon be comfortable in the future. You just need to build new habits. If you've been having issues with your shooting or just want to up your game, then do it. Just thinking about this stuff isn't going to solve anything. If you need to get a shooting coach, then do that. If you want to learn more about a certain species, then reach out to someone who knows more than you and put their words into action. This can be hard for some people due to pride, but, let me tell you, it's worth it. We all have weaknesses and it is up to us to either exercise them or adapt to them. 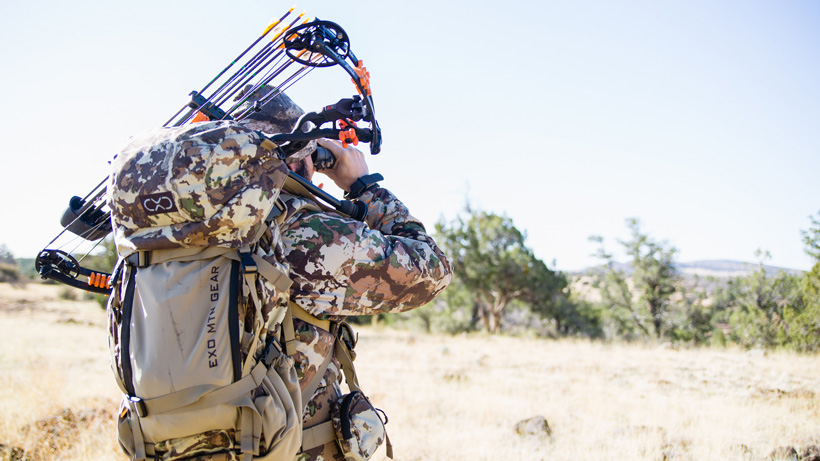 At the time of writing this, another exciting hunting season is on the horizon and I am chomping at the bit to dive in. In the past months since deer season ended, I've spent countless hours reflecting on my hunts from the previous seasons. Reliving these moments is both comforting and therapeutic for me. It is the time that I can really hone in on any weaknesses that emerged from last season. How was my physical conditioning? Did I have any gear failures? How did I capitalize on my shots in the field? Last year, I missed a bear twice with my bow from an extremely elevated position. Basically, I was aiming at my feet. I realized after the fact that I have never been faced with a straight down shot like that before. You can bet that I will be practicing that scenario over the next few months to be better prepared. If and when I am presented with that opportunity in the future, I will be ready. Knowing your weak points and acting on them is only going to help you become better next time. Isn’t that what we all want? To be better?