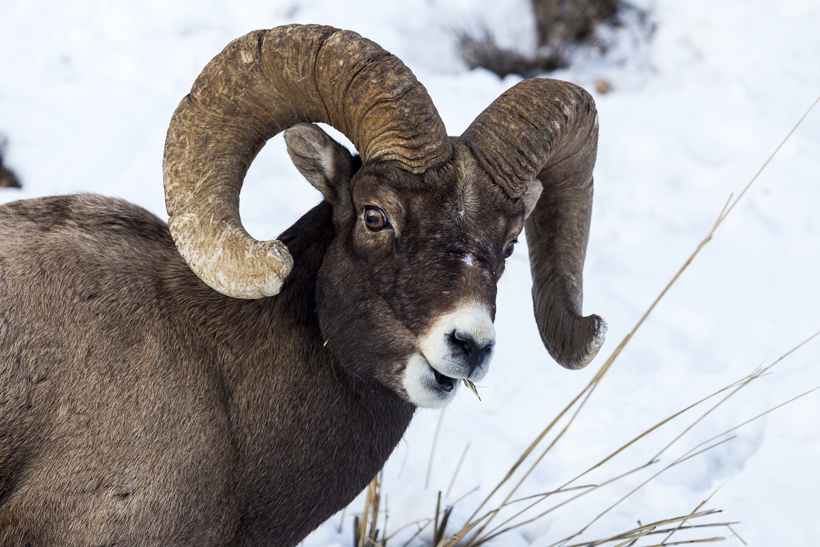 Pneumonia currently dominates the bighorn herd in the Tendoy Mountains, south of the Clark Canyon Reservoir and west of Lima along the Idaho border, leaving Montana officials stumped at how to solve the problem.

Infected in 1997, the herd numbers about 50 animals despite three transplants of other sheep in hopes of boosting the population. Now, with pneumonia limiting the vitality of this southwestern Montana bighorn sheep herd, state wildlife officials are considering a new way to help restore the bighorn sheep population in the area: hunters.

The new proposal would allow hunters to kill all of the existing bighorns, though this is only one option being considered by Montana Fish and Wildlife Commission.

Another option includes not issuing any permits for hunting district 315. This would pave the way for fish and wildlife staff to do the elimination work, but instead officials are considering some type of over-the-counter tag that would be made available to any hunter, making the bighorn herd in question fair game. The stipulation with the over-the-counter tag is that should the hunter take a three-quarter curl or better ram from the district, then that hunter would have to wait another seven years before applying for another limited ram permit just like any other hunter who receives tags through special drawings.

Another option that is being considered includes culling several from the herd and donating them to a research facility already studying pneumonia outbreaks in bighorns, but there are currently few facilities studying this issue, reports the Billings Gazette. The Bighorn Sheep Disease Research Consortium provides great information on the research of bighorn sheep pneumonia.

While domestic sheep are a possible cause to the pneumonia outbreaks among their wild counterparts, sources say that the domestic herds in the regions are not as prevalent as they were in the late 1990s when the original outbreak occurred.

Officials realize that the proposal to have hunters eliminate the problem will not be supported by everyone involved in the issue. It could take up to two years to remove the sheep using hunters and could still require state intervention to remove any straggling survivors. Once the district is depopulated, new animals from a similar herd could be transplanted immediately.

“These are a tough, rugged, hardy animal in every respect but this disease,” says Vore. “They’re an iconic animal. Everybody loves bighorn sheep.”

The article doesn't state that no facilities are studying this it states that "few" are but you would think there would be more with the amount of funding coming in to the WSF?

I agree with you, Brian. It is confusing when other sources have quoted that there are no other places for the diseased bighorns to go and/or no one is currently studying that at this time. The author of this article went with what the Billings Gazette quoted. Very interesting to see Montana attempt this.