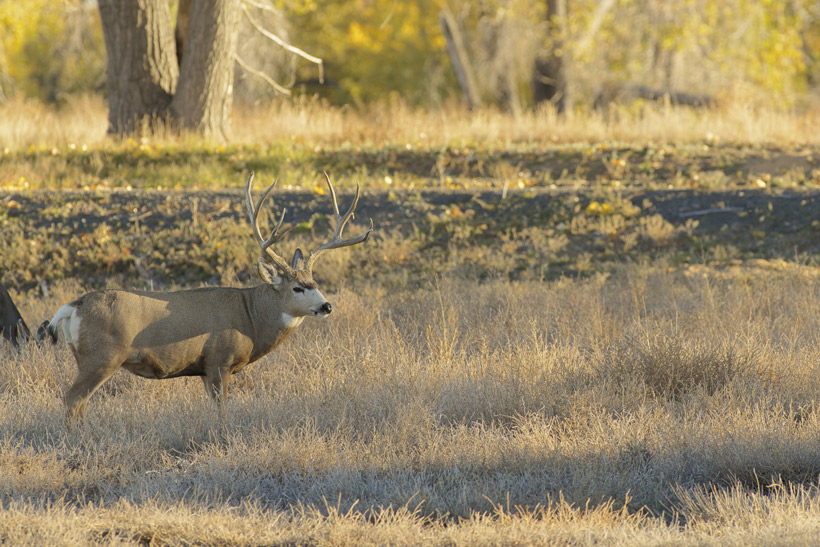 Deer populations in Montana have been in a significant state of decline for years. However, new survey data from Region 7 brings good news: deer populations seem to finally be rebounding.

Montana’s Fish, Wildlife and Park’s (FWP) Region 7 is located in southeastern Montana. Region 7 encompasses 13 counties and stretches from the very southeastern corner of the state up the Missouri River and Fort Peck Lake in the northeastern quadrant.

Mostly prairie country, southeast Montana has typically been renowned for its excellent muley and whitetailed deer hunting. Unfortunately, the harsh winters of 2009-10 and 2010-11 and the 2011 outbreak of epizootic hemorrhagic disease (EHD) took a significant toll on deer numbers in the region. As of last year, mule deer numbers were still more than 32% below the long-term average (LTA), while whitetailed deer populations were 7% below the LTA.

According to John Ensign, FWP Region 7 Wildlife Manager, the surveys indicated that mule deer are now just 8% below the LTA.

"The natural ability of wildlife populations in southeastern Montana to rebound following severe weather or disease events is incredible. In just 3 years' time mule deer have gone from near-record lows to just below LTA," said Ensign to kbzk.com.

Despite localized outbreaks of EHD that have continued throughout Region 7, white-tailed deer numbers are just 9% below LTA.

"Whitetail populations are variable throughout the region at the present time. Where disease did not occur, high densities of whitetail are present. In nearby areas that experienced disease outbreaks in the past year or two, numbers may be low," said Melissa Foster, FWP Glendive area wildlife biologist.

Researchers attribute much of this increase to favorable environmental conditions.

Recruitment numbers are up too. Fawn-to-adult ratios have been estimated at 61 fawns to 100 adults across the region for both mule deer and whitetails.

"That's good recruitment. Fawn-to-adult ratios in southeast Montana average in the mid-to-high 50's for mule deer and 60's for whitetails. After severe winters 2009-10 and 2010-11, we were seeing right around 30 fawns per 100 adult mule deer. Not only did we lose adult animals to starvation and exposure during those winters, we also lost production since fawns and older animals were hardest-hit," said Bernie Hildebrand, a FWP wildlife biologist based out of Jordan.

All of this is undoubtedly good news for hunters. For the best chance of success, Atwood encourages individuals to start early and take scouting very seriously.

"We get a lot of questions from hunters asking where they should hunt or where are the larger populations. My answer to them is that there is good opportunity to harvest deer throughout the region. It really comes down to what experience they are looking for and how much effort they're willing to put into their hunt. Do they want to cover country in rough breaks or do they want to use a tree stand? It comes down to scouting — identify areas that have the type of topography and habitat desired, the hunter's willingness and ability to walk. It is highly recommended that hunters start early to identify public lands and potential Block Management Areas that may be of interest. Talk to private landowners early in order to have a better chance of securing permission. Get out on the ground before the season to become familiar with the area and look for animals. The more preparation you put in, the better your odds of harvesting game," he said.

Hunters should be aware of several changes. The harvest of antlerless mule deer is now prohibited on general ‘Deer A’ licenses this year for the majority of hunting districts throughout the state. The stipulation comes as a significant change for hunters in Region 7, where general licenses have been valid for both sexes and species for the past 30 years. General deer licenses are still valid, however, for either-sex white-tailed deer and antlered mule deer bucks.

It is possible that anterless mule deer licenses will become available for urban deer hunts or to respond to deer damage complaints.

"Antlerless licenses are an important tool for landowners in areas that were not impacted by disease to minimize whitetail damage to haystacks and crop fields. Hunters should also be aware that the majority of the whitetail habitat in Region 7 exists on private land, so they may want to identify landowners who will allow antlerless harvest prior to purchasing a tag," said Foster.