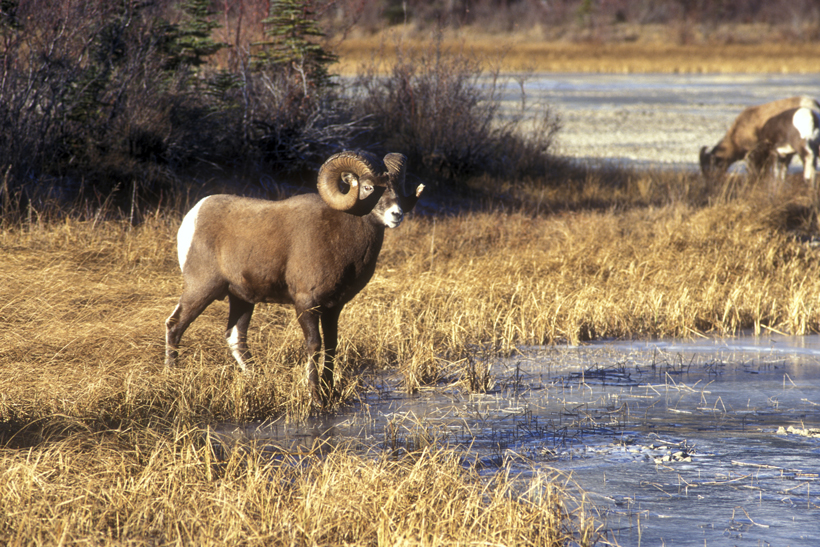 Montana Fish Wildlife and Parks (FWP) officials said Monday that the outbreak occurred in the Upper Yellowstone sheep herd near Gardiner. The dead animals include a mix of rams, lambs and one adult ewe.

This herd of bighorns is highly visible to visitors of Yellowstone National Park. The outbreak has struck the sheep during rutting season, when rams often travel great distances in search of a mate. Because bighorn sheep and domestic sheep are so closely related, there have been cases in which the two species intermingle. This has proven especially common during the rut.

“Sometimes we’ll see a large scale, all age die-off in which most of the population dies, and that population never really rebounds. Yet in other herds we seem to see a low-level mortality year after year,” says FWP wildlife veterinarian Jennifer Ramsey.

Regardless, pneumonia is highly lethal to bighorns and the effects of an outbreak can plague a herd for a decade or more by killing off young lambs that are highly susceptible to the pathogens.

As of this point, there is no known vaccination or cure for these pathogens and any resistance or immunity that an individual bighorn may develop is not passed to their offspring.

Though the Gardiner bighorn have experienced cases of pneumonia before, there has never been an outbreak of this extent.

FWP officials say that it is not possible to detect the source of the outbreak, but there currently are flocks of domestic sheep in the area.

Wildlife officials make a concerted effort to ensure that the domestic sheep remain separated from the wild sheep. This includes the lethal removal of any wild sheep known to have been in direct contact with a domestic sheep.

FWP asks that the public keep its distance from the Gardiner bighorns, especially at this time as they are in a precarious state. People are being asked to report any ill or dead sheep to the Region 3 headquarters, or wild sheep that have been in close proximity to domestic sheep by calling 406-994-4042.