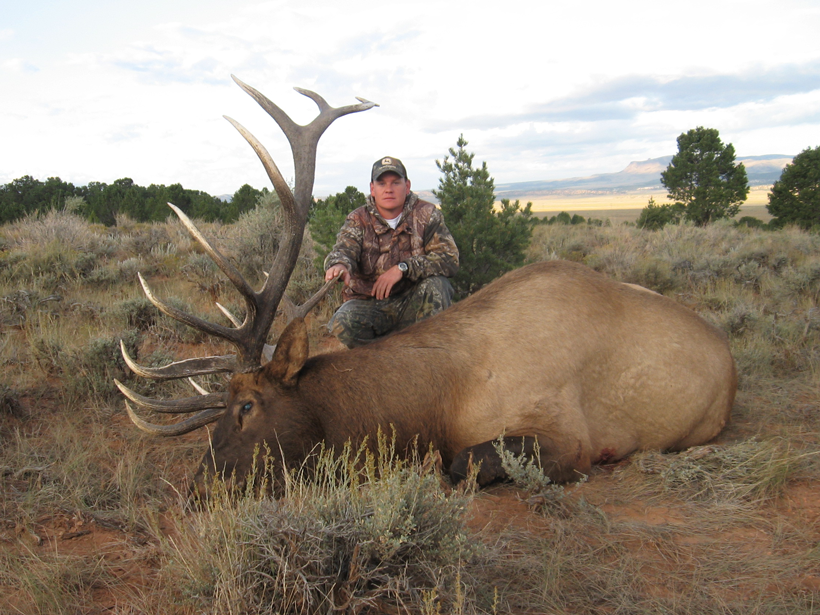 In 2007, I drew a rifle tag and harvested a great 404” bull elk. I thought it would be another 15 years before I would be able to hunt elk in Utah again, given the odds of drawing another tag. After my five year waiting period ended, I applied for an archery elk tag for the same unit. Imagine my surprise when the results were posted — I drew with zero points! 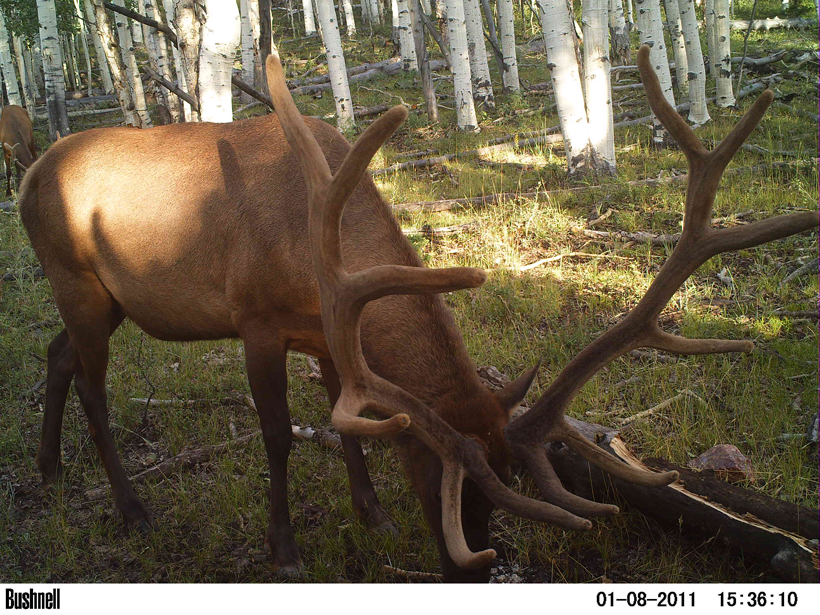 I started scouting and putting up trail cameras around the middle of July. 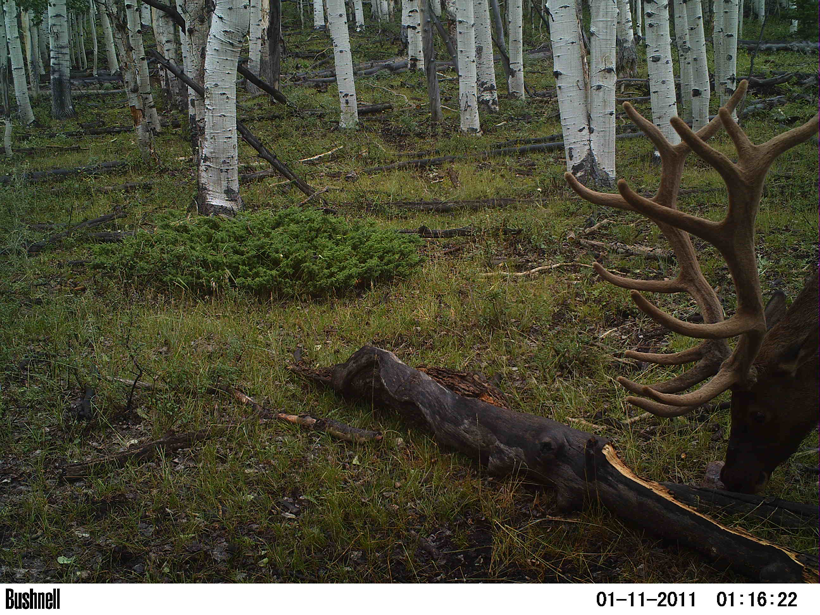 I found a couple of really nice bulls in their summer areas with velvet still on their racks. I knew everything would change as soon as the rut hit. 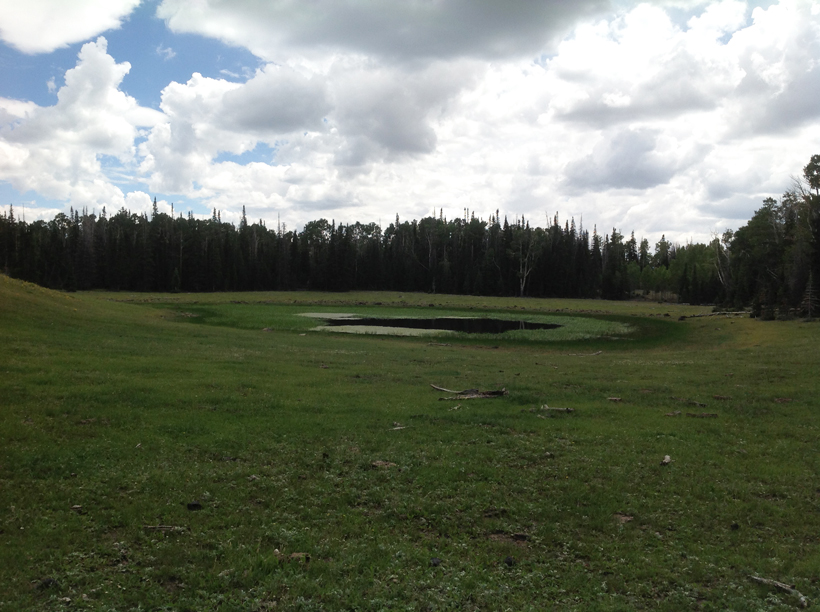 Opening weekend I thought I would sit in my blind hoping to catch one of these bulls still in their summer patterns, but after I set up camp I started to feel sick. I spent the next few days lying in my camping trailer with the flu. Needless to say I did not hunt one hour of my trip.

After a few weeks had passed I was back on my feet and hitting the hills. I was hoping to catch the pre-rut action and check out a few wallows where my trail cameras were located. Unfortunately, the big rain storms predicted by both friends and the Weather Channel had started to hit Southern Utah, raining for ten days straight. 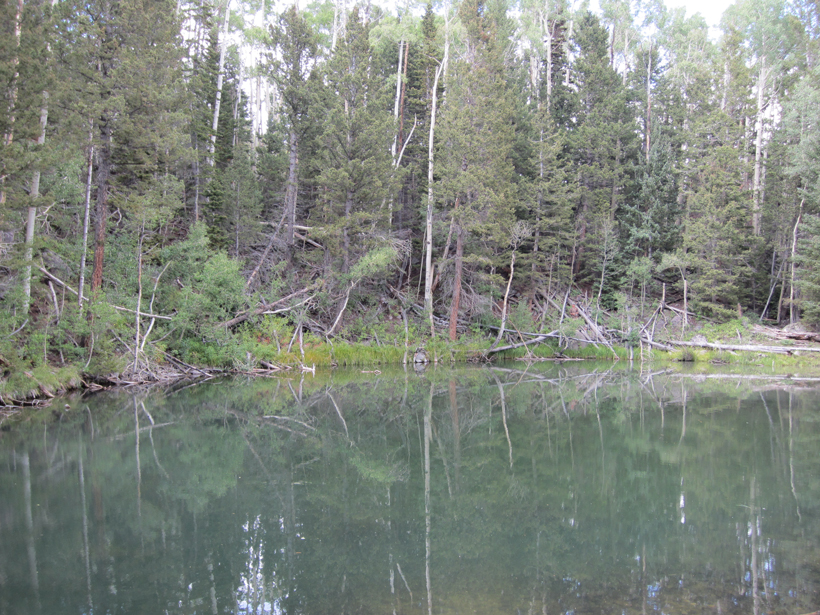 My wallow plans had washed away. By now, the rut had started to fire up and I decided to chase every bugle I heard. My good friend and hunting buddy, Garth Jensen, was helping me on this quest. After chasing elk in the rain and chasing a few faint bugles we had only turned up a few 320” bulls. It was a very tough hunt due to rain. 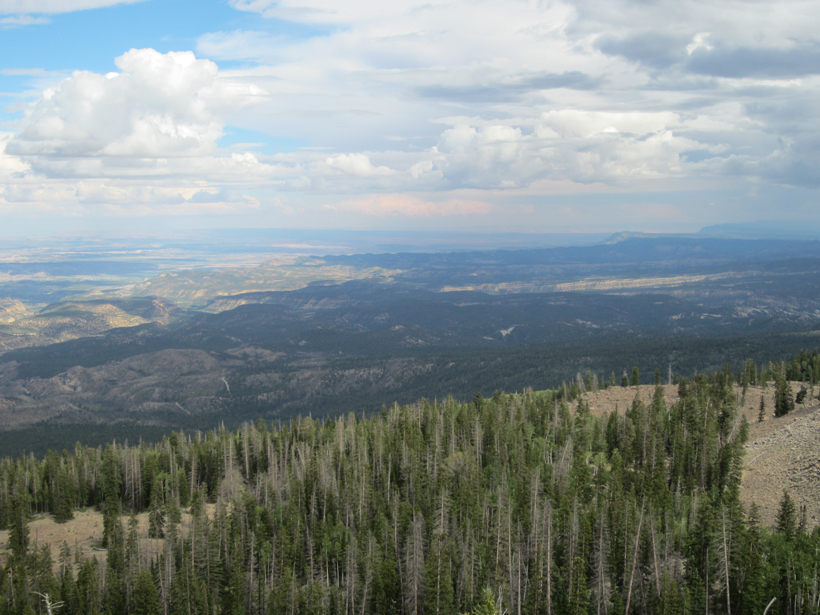 The last weekend of my hunt was near and I knew I only had a small window of opportunity left. On the second to last day we finally chased a bugle that turned out to be a shooter. As we approached a small clearing, we saw a bull close by, so I decided to set up with Garth 100 yards behind me. We did not have much time as the bull gathered his cows and came right at us. With no cover in the middle of the meadow laying down, I sat up and took a shot. I hit the bull high in the back. Extremely frustrated at my shot placement we sat back and decided not to rush and pursue him. The bull continued to bugle for 15 minutes after I shot him. We backed out and decided to return in the afternoon.

After lunch we went back to about half a mile from the location where I hit the bull. I gathered my gear and started to hike into the thick aspens, but to my surprise I walked into a herd of elk within the first 10 minutes. I could tell that it was the same bull I had hit a few hours earlier. I made my stalk and placed my arrow in its mark. 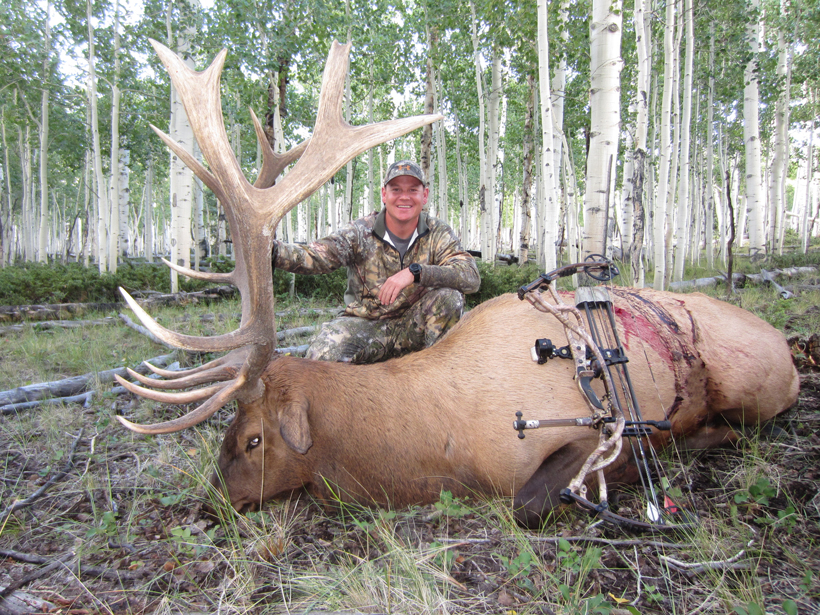 It was a fantastic feeling to know that I was able to finish what I started. After smiles, pictures and a minimal pack out, my quest was over. 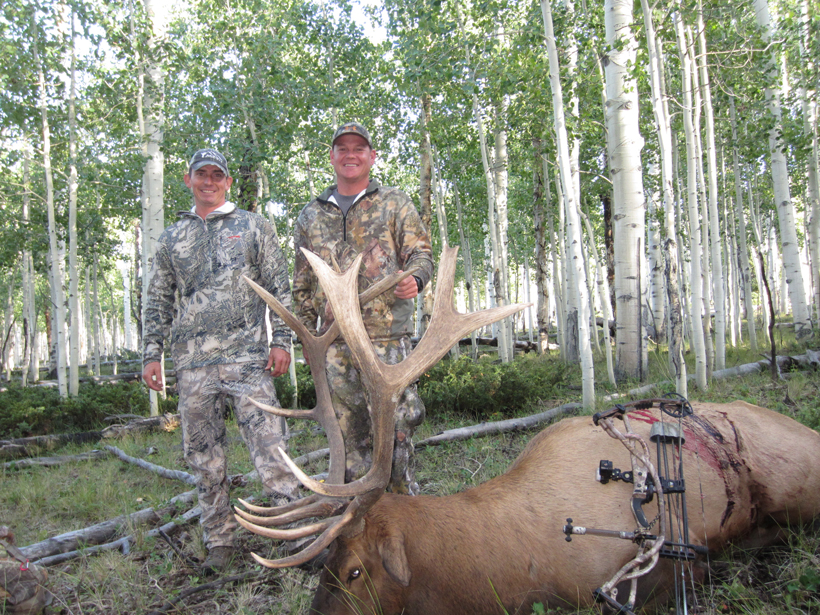 Having a good hunting partner made the difference in making my hunt a success, and Garth was the perfect partner for this hunt.