No license for Mountain lions in New Mexico 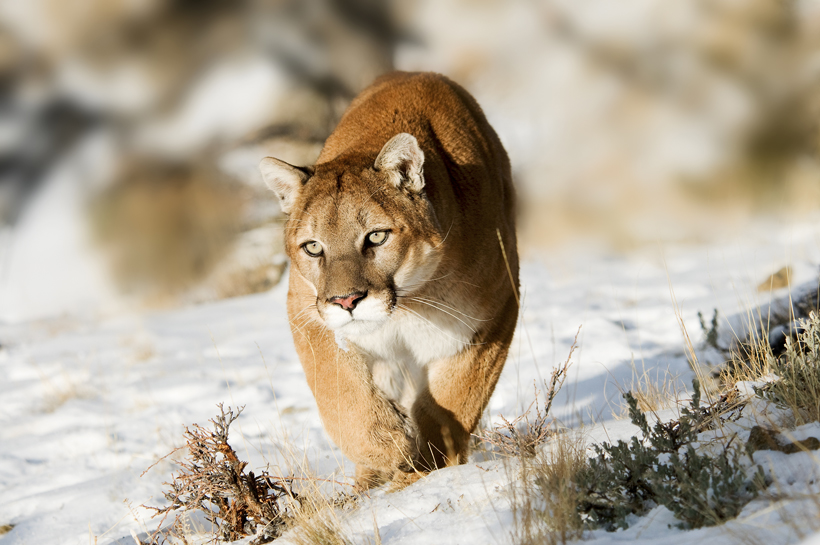 New Mexico lawmakers have introduced a new bill that would make Mountain lions an unprotected species. Officials estimate that 3,000 to 4,500 Mountain lions inhabit the state and the new bill would overturn current law that requires a license to hunt Mountain lions, creating an open season that proponents of the bill say will help support livestock and other wildlife.

Sponsored by Rep. Zack Cook (R-Ruidoso), the bill acts as a “cleanup bill” that would help manage the large Mountain lion populations, according to The New Mexican. Former state game and fish director Jim Lane believes that passage of the bill would not push the Mountain lion toward extinction since the cats inhabit parts of the state not accessed by hunters, noting that out of the 2,000 to 2,500 hunting licenses currently sold each year, hunters only manage to kill about 200.

While the House Agriculture, Water and Wildlife Committee approved the measure in an 8-2 vote last week, there are many opponents of the bill, including the New Mexico Department of Game and Fish (NMDGF) and the New Mexico Wildlife Federation (NMWF), which are against the bill because it removes protection for females and cubs. Critics say that the bill also removes legal authority from professionals in the NMDGF to manage Mountain lion complaints and track the current population.

“We wish the sport harvest was a little more successful,” says DGF Director Alexa Sandoval, adding that,“once they become an unprotected species, we have no legal authority over that animal.”
While the bill has passed one committee, it still has to be approved by two more committees before reaching the 70-member House of Representative floor for a full vote.