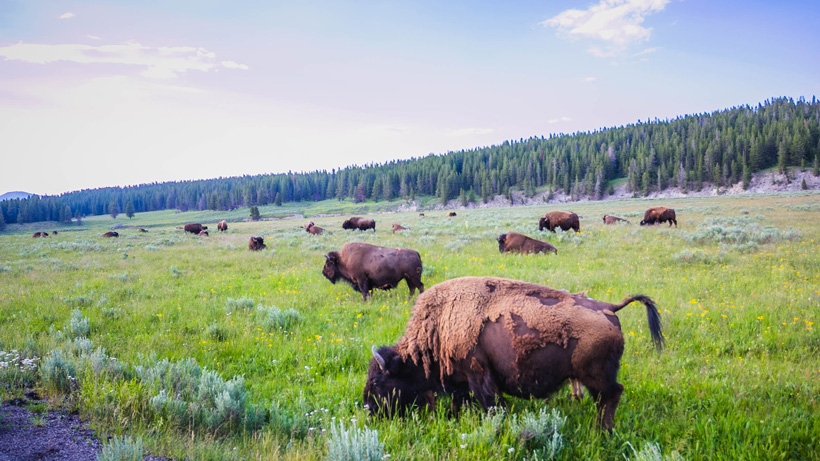 There are fewer bison in Yellowstone National Park (YNP) due to the largest bison cull in almost a decade. Using either hunting or “ship-to-slaughter operations,” biologists say that over 1,200 bison have been removed, decreasing the count from 5,500 in 2016 to about 4,800 bison within YNP, the Bozeman Daily Chronicle reports.

The cull is a result of the current management plan, which calls for no more than 3,000 bison in YNP; however, the population has held steady at over 5,000 for several years. Bison management is a collaborative effort between state, federal and tribal government. In fact, these agencies are planning to decrease the number of animals even more through another round of hunting and slaughter before winter hits.

In addition to the bison already culled, biologists have another separate group quarantined prior to a relocation effort. These animals need to be certified as brucellosis-free before they can be moved. Bison are known carriers of brucellosis, which can cause infected animals to abort. The livestock industry fears this disease and how it could affect their industry. While there isn’t any confirmed case of bison directly transmitting the disease to cattle, “elk have transmitted the disease,” the Bozeman Daily Chronicle reports, which is much of the reason for keeping the number of bison in YNP in check.

On Thursday, the Environmental Quality Council voted in favor of beginning a new study lead by Montana Fish, Wildlife and Parks that would identify ways to eradicate brucellosis in elk and, possibly, eliminate the potential risk to livestock.

“We’ve gone out of our way to come up with ways of managing bison,” Sen. Mike Phillips (D-Bozeman) told the Bozeman Daily Chronicle. “Let’s put the bull’s-eye where it belongs.”