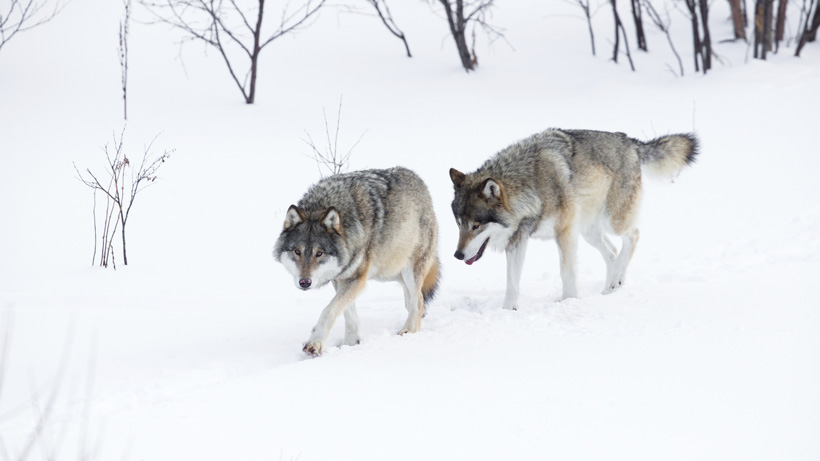 In a surprise decision, the U.S. Court of Appeals announced that federal protections are over for Wyoming grey wolves, paving the way for state management of the predators and, yes, even wolf hunts. The ruling was announced today and reverses a 2014 court order that denied Wyoming’s wolf management plan, turning wildlife management strategy into a multi-year debate.

Three years ago, U.S. District Judge Amy Berman Jackson ruled against Wyoming’s wolf management plan. As goHUNT previously reported, while Jackson agreed with the U.S. Fish and Wildlife Service (FWS) that wolves had, indeed, recovered within the Northern Rockies and that “wolves aren’t endangered or threatened within a significant portion of their range,” she didn’t agree with Wyoming’s nonbinding promise to keep at least 100 wolves – with 10 breeding pairs – outside of Yellowstone and the Wind River Indian Reservation and ruled that FWS “was wrong to trust” the state. (FWS had concluded that gray wolves were no longer threatened in Wyoming back in 2011, which was the spark that started this years-long wolf debate.)

While the appeals court’s decision is a step forward, the exact details are still being determined, including when wolf hunts would actually occur. "We're aware of the decision but don't have guidance yet on what it means in terms of wolf management," Renny MacKay, a spokesman for the Wyoming Game and Fish Department, told The Associated Press.

Of course, environmental groups are now weighing their options as this ruling isn’t one that they expected or support.

“We’re still evaluating it, but we’re going to continue to fight to protect wolves against hostile management policies,” Earthjustice attorney Tim Preso told The Associated Press. “We’ll have to figure out what the next steps are but we're not retreating from the position that wildlife are not vermin.”

This decision comes just days after Wyoming, Michigan, Wisconsin and Minnesota banded together to ask for a “fast floor” vote to remove protections from the gray wolves to protect livestock prior to the spring calving season.

Will the Great Lakes wolves be next? Stay tuned to goHUNT for further updates.