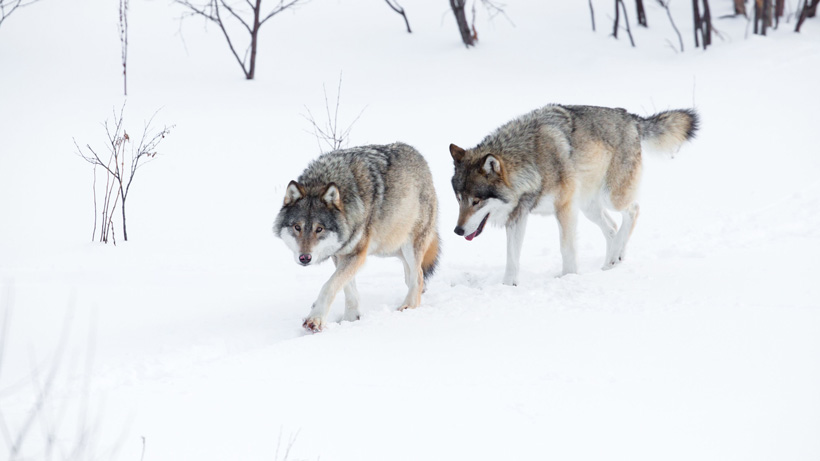 Wolf populations in Wyoming are stabilizing, resulting in numbers above the minimum recovery level. Right now, the estimated number is at about 311 wolves in 43 packs across the state. This is great news because it’s roughly the “same number of wolves” that wildlife managers hoped for “before hunting was prohibited between 2014 and 2017,” the Casper Star Tribune reports.

“I think we’re really settling into a pattern that is outlined in the wolf management plan and an objective we’ve had as an agency,” said Ken Mills, Wyoming Game and Fish Department (WGFD) wolf biologist. "That is to reduce the population and stabilize it around a number that’s above the minimum recovery criteria while also reducing conflicts and reducing the number of wolves we take as an agency.”

In 2017, wolf management was returned to WGFD when the state’s wolves were removed from the Endangered Species List. Since then, Mills says that “the state only has jurisdiction over a portion of the animals,” which includes 175 wolves in 75 packs. As for the rest of the animals, the latest count found about 94 wolves in eight packs in Yellowstone National Park, 16 wolves in three packs roam the Wind River Reservation and another 26 wolves within “in a predator zone in the Greater Yellowstone area where there are no restrictions on killing” them.

According to the Casper Star Tribune, new regulations require a 160 population goal, which will apply to the wolves under state management. There are also additional regulations in place to reduce livestock conflicts, “which have subsequently decreased the amount of money the department reimbursed to cattlemen and decreased the number of wolves killed in retaliation.”