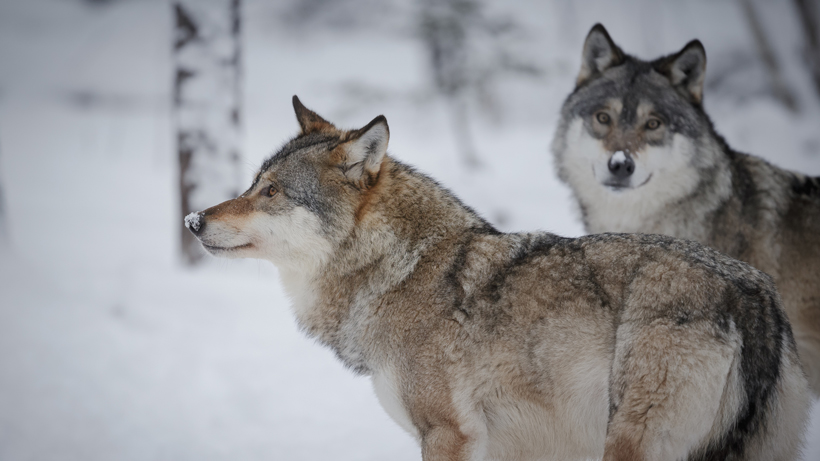 Last month, Colorado Parks and Wildlife (CPW) were able to capture a four-year-old gray wolf believed to be from Wyoming. The wolf was first seen in late January in north-central Colorado. Using an outside company, the wolf named “M2101” was tranquilized in order to put a GPS collar on it. The wolf walked over the Colorado-Wyoming state line before it was “subdued,” CBS Denver reports.

CPW said the wolf was spotted with another wolf, “M1084,” which is part of the Snake River pack in Wyoming. The agency informed the Wyoming Game and Fish Department about the operation before moving forward.

While the wolf initially escaped its netting, the tranquilizer took effect, allowing officers to collar it before it woke up and walked away. The wolf weighs about 110 pounds and “appears to be in good health,” according to CBS Denver.

CPW plans to use GPS data to track movement and learn more about its range and behavior.