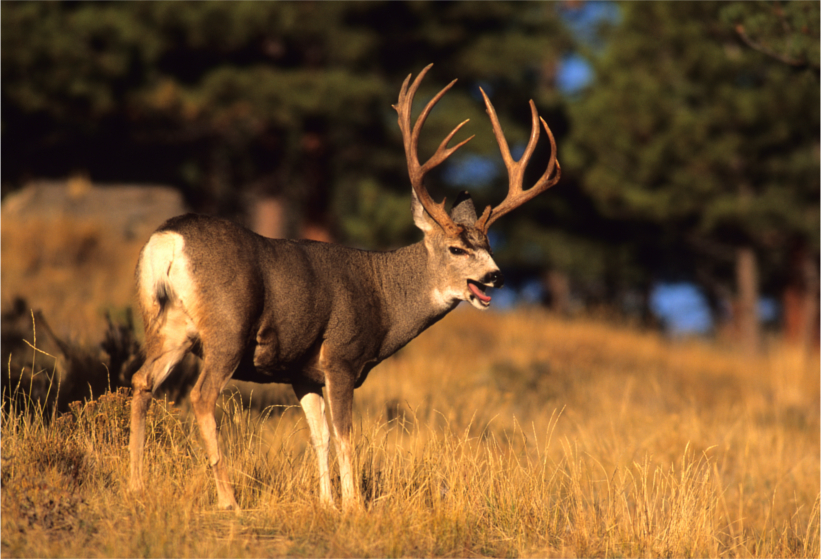 Wyoming wants to keep mule deer hunters happy and has been taking steps to sustain current herds while also boosting numbers. Through a variety of programs and projects that have incorporated wildlife management strategies and public input, Wyoming Game and Fish Department (WGFD) officials say that efforts have been positive. The next step? Keep it all going.

In 2011, the state began the Platte Valley Mule Deer Initiative, which was created as a way for the public to help guide overall mule deer management decisions. After multiple meetings and discussions, WGFD determined that the key areas to focus on are population management, habitat management, predator management, access, disturbance and outreach; according to the Wyoming Tribune Eagle. Last week, WGFD officials met again to review the last five years and discuss future mule deer management strategies.

One of the primary concerns with the current management plan centers around hunter satisfaction. While mule deer numbers have increased, the proposed objective of 16,000 deer in the Platte Valley hasn’t been met. Saratoga biologist Will Schultz says that they estimated about 13,000 deer during the winter count. Fawn recruitment has been flourishing because of mild winters and quality habitat; however, Schultz says that “more conservative hunting seasons have also played a part.”

The state has actually decreased hunting opportunity in the Platte Valley and will most likely keep a limited quota hunting season in place. The current number of hunters per year throughout the Platte Valley is less than 1,000 – down from more than 4,500 hunters in 1993, according to the Wyoming Tribune Eagle.

While opportunity may be lower, that doesn’t mean that the state isn’t aware of the importance of hunting satisfaction and the role hunters play in mule deer management. WGFD has taken steps to create happy hunters and Schultz says that is a secondary focus within the department.

But how does WGFD plan to improve hunter satisfaction in the Platte Valley? By funneling money into habitat projects like one that trades old sheep fence for something more deer-friendly (and easier for them to navigate) and increasing black bear and mountain lion hunts (and extending predator seasons). And it appears to be working. The 2015 harvest surveys found that 74% of hunters were satisfied compared to only 46% of hunters in 2013, according to the Wyoming Tribune Eagle.

It gets better. WGFD wants those who hunt in the Platte Valley to help determine the hunting seasons. Current data suggests that the majority of hunters favor a limited quota season, but Schultz says that “How we attain this is up to you.”

What do you think, Platte Valley hunters? Is a limited quota season the way to go?