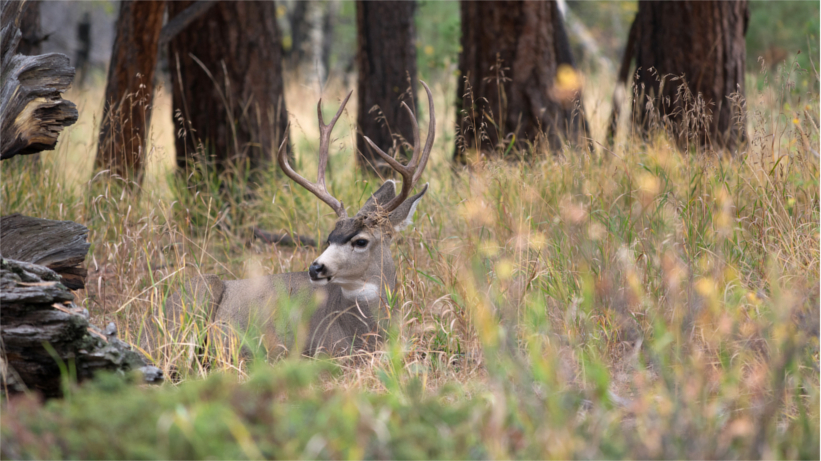 Cody, Wyoming has 51 fewer mule deer roaming residential streets thanks to the city’s urban Deer Reduction Team that consisted of two Cody Police Department officers. This is the first in-town deer management plan for the city, which was dictated by Wyoming Game and Fish Department’s (WGFD) Chapter 56 Permit that governs the lethal take of wildlife.

According to The Cody Enterprise, the permit gave the police department “permission to kill antlerless deer by firearm to ‘relieve/prevent destruction to private property and protect human health/safety.’” It didn’t put restrictions on location, caliber of rifle or shotgun, shooting hours or the use of artificial light or night vision – conditions normally carefully determined during regular hunting seasons.

Over the course of 12 separate outings between Jan. 9 and Feb. 9, 51 deer were eliminated – one over the approved 50 deer threshold. Two officers worked in tandem – one as safety lookout and the other as sharpshooter – and spent a total of 122 hours to eliminate the excess deer at a total cost of $5,860 in equipment and officer overtime pay, according to The Cody Enterprise.

Fortunately, the meat didn’t go to waste. Out of the 51 does harvested, 46 were donated to local residents for meat while five were “deemed unfit for people to eat,” including one that tested positive for chronic wasting disease, The Cody Enterprise reports.

With the first cull completed, the city plans to evaluate whether the program will be needed again next year. The annual deer count will not be completed until November or December of this year. WGFD anticipates the harsh winter may make it unnecessary for a cull this year.

“The police did an excellent job,” Alan Osterland, WGFD wildlife supervisor for the Cody region, told The Cody Enterprise. “They were conscientious about safety.”