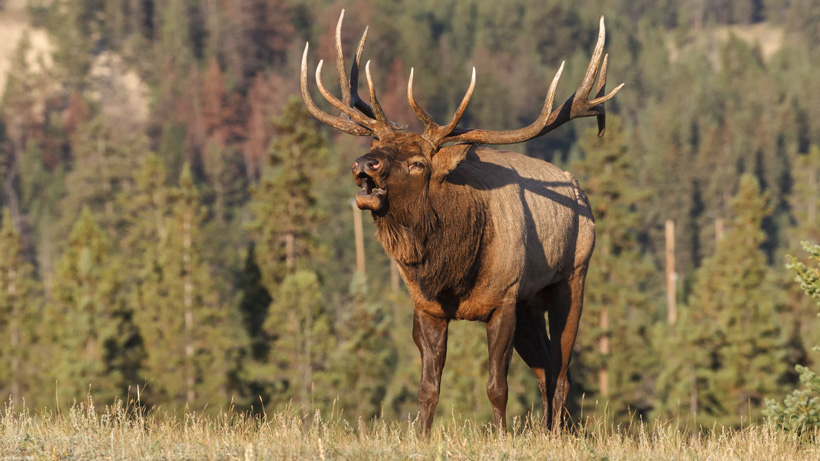 This season, if you are lucky enough to harvest an elk—particularly in the Pinedale or Afton areas—then Wyoming wildlife biologists would like you to pack out one more thing from the backcountry: the retropharyngeal lymph node. Found within the central nervous system (and usually discarded with the gut pile), this particular lymph node can be used to test whether the elk has been infected with chronic wasting disease (CWD), the Jackson Hole News & Guide reports.

“As an agency, we’re looking at ways to improve our sampling, especially in the western side of the state and in these priority herds,” said Ben Wise, a regional disease biologist with the Wyoming Game and Fish Department (WGFD). “What’s happened is that folks follow our guidelines for CWD, and when they pack an animal out they’re leaving all the stuff that we could use for sampling in the field.”

The retropharyngeal lymph node is “the preferred tissues for testing” and is “about the size of a gummy bear” located near the esophagus in elk, deer and other ungulates. WGFD wants to teach hunters how to extract this lymph node so they can collect enough samples from elk to determine whether or not CWD can spread between deer and elk.

While WGFD would like samples from all the herds in the state, their main focus is on two “priority herds” – the Pinedale and Afton elk herds in western Wyoming. Wise says that the “priority herds” helps WGFD’s CWD Working group “overcome manpower and funding limitations” for the project.

“The idea is that our lab doesn’t have the capacity nor do we have the capacity on the ground to sample at a statistically significant level throughout the state,” Wise said. “For the Jackson Region, our priority herd for the year is Afton elk.”

“It seems like interest has really peaked in CWD,” Wise said, “and people want to get their animals tested.”