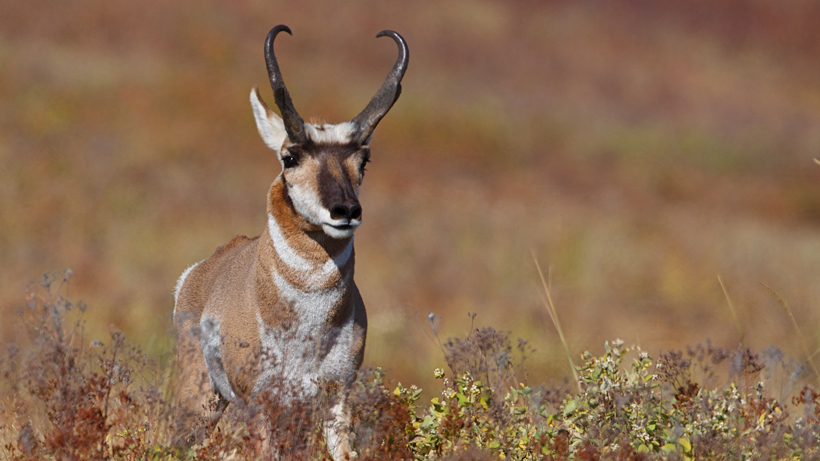 For hunters interested in Wyoming antelope, there will be fewer tags for the 2021 season. The Wyoming Game and Fish Department (WGFD) recently proposed a reduction in the number of tags due to “persistent drought conditions and the record-breaking 2021 spring blizzard,” which created a short-term population decline in herds, according to a press release.

While antelope are expected to “bounce back,” temporarily decreasing the number of tags will help herds immediately. For 2021, WGFD is recommending a reduction of 3,650 any antelope licenses and 5,775 doe/fawn licenses. The reductions will affect the majority of the herds across the state.

“[Antelope] population performance is tied to the availability of high-quality forage which includes seasonal use of grasses, forbs and shrubs,” said Doug Brimeyer, WGFD deputy chief of wildlife. “That forage availability is influenced by weather patterns which have been challenging for [antelope] the last two years.”

According to the agency, the state has succumbed to below average precipitation in spring and summer, resulting in dry conditions and less food for antelope. However, too much moisture can also be an issue for herds in the spring.

“Everyone is familiar with the blizzard conditions in easterm Wyoming this March. It was already a crucial time for wildlife survival following winter. Pronghorn especially are not physically built to handle deep snow conditions. We saw pronghorn trapped between drifts, unable to get to the food they needed,” said Brimeyer. “That weather made a direct impact on the  2021 hunting season proposals.”

Despite a decrease in tags for the 2021 season, Brimeyer believes that next year will be better. According to WGFD, 98% of does have twins every year, which could help restore antelope population levels “as high as 30% by 2022.”

“If conditions are favorable, we could expect to see fawn ratios bump up,” said Brimeyer. “That means we’re hopeful for good spring and summer moisture to support leader growth on shrubs and native grasses.”

If you need to submit or modify a hunting application for antelope, you have until June 1 for both residents and nonresidents.