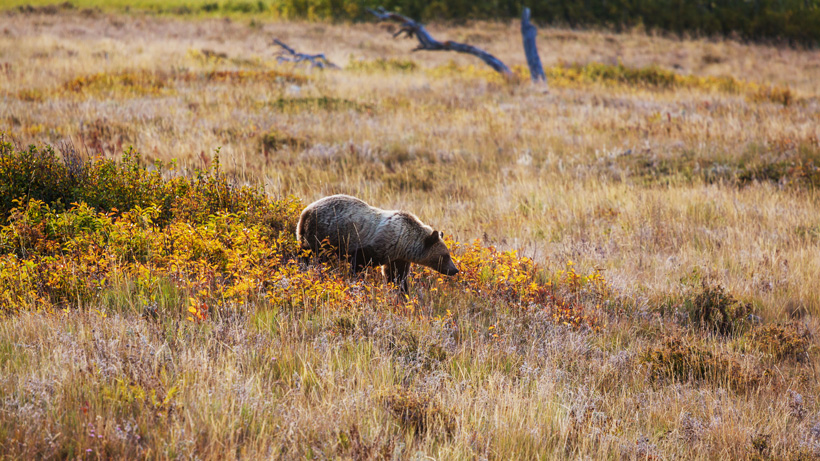 Despite a push from state government to move forward with a grizzly bear hunt, Wyoming is passing. In March, a bill made its way through the Wyoming Legislature, essentially authorizing state wildlife officials to move forward with a hunt regardless of the fact that the animals retain “threatened” federal status. However, last week, the Wyoming Game and Fish Commission “unanimously decided” against having the Wyoming Game and Fish Department (WGFD) draw up hunting regulations, the Jackson Hole News & Guide reports.

“The Endangered Species Act, sometimes, unfortunately, it is the law of the land in regard to endangered species,” said Commissioner Patrick Crank. “If we were to exercise our discretion, as directed by the Legislature to enact a hunting season, we could do that, I guess.”

“But the practical effect of that is we would throw our citizens into an untenable situation, which I don’t feel comfortable doing as a commissioner,” continued Crank. “We [could] put someone who bought one of those licenses and went out and killed a grizzly bear in harm’s way, because the federal government will prosecute that person and stick them in jail.”

Senate File 93 (SF93) was signed into law by Gov. Mark Gordon, resulting in an eruption from environmental advocacy groups against the idea of a grizzly bear hunt. According to the Jackson Hole News & Guide, the passage of SF93 “was born from frustration about litigation that has kept the Greater Yellowstone Ecosystem’s grizzlies under federal control years after recovery criteria were met.” Prior to the commission’s vote, WGFD biologists presented information on the current state of grizzly bears and their impact on ungulate populations as well as human-grizzly bear interactions. While the commissioners agreed with the justification behind a grizzly bear hunt, they ultimately voted against holding a hunting season.

However, the fate of the Yellowstone-area grizzlies is still up in the air. According to Montana Public Radio, the Trump Administration has until Friday to decide if it will appeal the ruling last fall, which returned federal protections and put the animals back on the endangered species list. Should the government decide to move forward, the case will move to the 9th U.S. Circuit Court of Appeals.