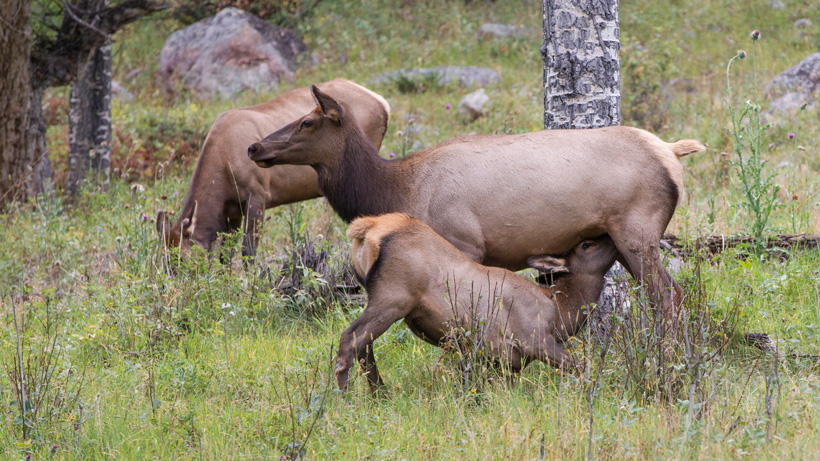 Supplemental feeding continues at elk feedgrounds in Wyoming despite multiple lawsuits trying to halt the activity. The latest one, which was filed last week, puts the U.S. Forest Service in its crosshairs and targets the Dell Creek, Forest Park and Alkali Creek feedgrounds that are used by the Wyoming Game and Fish Department, the Gillette News Record reports.

The lawsuit was filed in the U.S. District Court of Wyoming by Euback and Associates on behalf of the Sierra Club, Wyoming Wildlife Advocates, Gallatin Wildlife Association and Western Watersheds Project. It alleges that allowing supplemental feeding to continue defies “environmental laws” and puts other elk at risk as chronic wasting disease (CWD) continues its spread across western Wyoming and into the Greater Yellowstone Ecosystem.

According to the complaint, “Both the Forest Park and Dell Creek feedgrounds lie along the migratory paths of mule deer, which are significant vectors for the transmission of CWD. Indeed, studies of radio-collared mule deer have demonstrated that members of three different mule deer herds — the Sublette, Northern Wyoming range, and Steamboat herds — migrate through the areas of the Forest Park and Dell Creek feedgrounds on their way to the National Elk Refuge and Grand Teton National Park.”

This lawsuit involves feedgrounds administered by the Bridger-Teton National Forest. One of the feedgrounds – the Alkali Creek feedground – is used to limit the number of elk in the Elk Refuge, which is already over objective. This specific feedground has historically been a point of contention over the last decade, “when it accidentally overlapped with the Gros Ventre Wilderness and boundaries had to be redrawn,” according to the Gillette News Record. It was also part of a previous lawsuit that environmental groups won in 2018.

“There is no question that Alkali Creek feedground could become a reservoir for CWD infection,” U.S. District Court Judge Nancy Freudenthal previously ruled, “if it becomes established in elk populations in northwest Wyoming.”

Based upon Freudenthal’s decision, the Forest Service halted use of the Alkali feedground except for “emergency” use over the next five years on five of the 91 acres. Bridger-Teton officials also permitted the use of the Gros Ventre Road to lead elk from Alkali Creek to the Patrol Cabin feedground “using flakes of hay” to pave the way.

The lawsuit filed last week targets the usage of the five acres. It alleges that the Forest Service used an exclusion to the National Environmental Policy Act (NEPA) that applies to projects that fall under five acres without a proper study to ensure this solution was acceptable, according to the Gillette News Record.

“Remarkably, the agency reached this 5-acre determination despite proposing to use a ‘feedline three feet wide and approximately 5.3 miles in length’ between Alkali Creek and Patrol Cabin,” the complaint said. “Nowhere in the memo did USFS explain how a five-mile long, three-foot wide trail, potentially visited by hundreds of elk that themselves range between six and eight feet long, would fit within its proposed five-acre footprint.”

The lawsuit requests that a federal judge ban the use of the Dell Creek, Forest Park and Alkali Creek feedgrounds until the Bridger-Teton National Forest satisfies obligations under NEPA, the Multiple-Use Sustained-Yield Act, National Forest Management Act, and Administration Procedure Act.