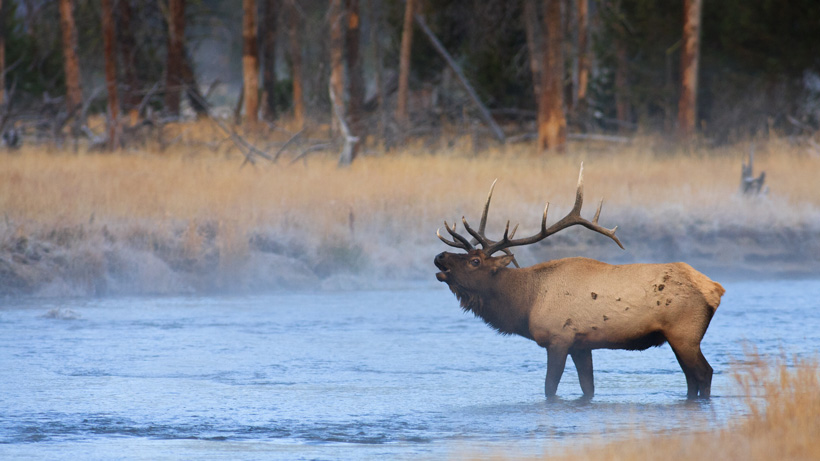 “One of the things that is disappointing to me as a hunter is that we have kind of relied on green groups to do the hard work for us,” said Shaul. “We need to take stronger stances.”

Shaul wants hunters to unite over fair chase hunting ethics and establish regulations that prohibit certain behavior, such as shooting at an elk that is more than 300 yards away or driving ATVs on closed roads and trails. He believes that “bear baiting should be banned in Wyoming” and that chasing coyotes with snowmobiles “is just stupid” and “should be criminalized,” according to the Jackson Hole News & Guide.

He wants to return the focus to traditional fair chase practices and hunting ethics that seem to be waylaid by current technological advances. He also thinks license allocations should be more resident-focused and, in fact, released a report critical of the Wyoming Game and Fish Department’s (WGFD) complementary license program. According to the Jackson Hole News & Guide, the report, which was the “public debut” of Shaul’s Mountain Pursuit, illustrated how the program’s primary purpose to fundraise for charitable organizations has essentially “become a fast pass for wealthy nonresident hunters to easily acquire hard-to-draw licenses.” The report recommends that WGFD stop the program immediately and auction off five antelope, 10 deer and 50 elk licenses to fund the WGFD’s general fund instead.

Shaul plans to do other reports like this in the future concerning other hunting programs and initiatives.

“We’re not going to be for everyone,” Shaul said of Mountain Pursuit. “If you’re a guy in Michigan and want to go hunting in Wyoming you’re probably not going to like us, because we’re going to cut you off the team.”