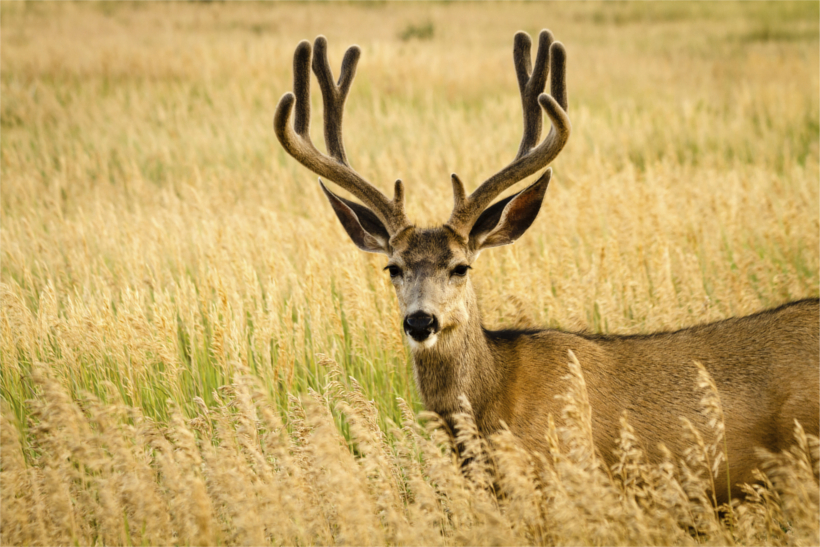 Wyoming mule deer have something to celebrate. Last month, as part of the multi-year Wyoming Mule Deer Initiative, the Wyoming Game and Fish Commission approved $2.5 million to be used for projects geared toward helping mule deer and migration corridors. Funds will also be funneled into ways to manage chronic wasting disease within the state.

“Several years back we developed this statewide initiative to set the direction on what we need to do on a large scale to at least arrest the decline of mule deer populations,” says Scott Smith, Deputy Chief of the Game and Fish’s Wildlife Division. “The statewide framework was then used to develop management regions, which picked the highest priority herds and develop herd unit specific initiatives.”

The $2.5 million will be used for eight new herds projects and two ongoing projects that “will enhance more than 13,000 acres of key habitat,” according to the Wyoming Business Report. The number of mule deer within the state has steadily declined due to drought conditions, habitat changes and high fawn mortality. As goHUNT previously reported, Wyoming officials are carefully monitoring herds as spring brings new fawns and fresh forage.

According to the Wyoming Business Report, the Commission also approved “continued research on Wyoming Range mule deer migration, impacts of adenovirus and fawn survival; document migration of the Sheep Mountain mule deer herd using GPS technology; and converting fences in the Platte Valley to be more wildlife friendly and to support migration.” Additionally, commissioners reviewed a project geared toward evaluating how elk, pronghorn and mule deer are impacted by development and should make a final decision on it later this month.

“In the general view, mule deer is an iconic species and a symbol of the Rocky Mountain west,” says Smith. “Over the past 20 plus years we’ve seen a gradual decline in mule deer productivity and population trends. Mule deer are near and dear to residents, as well as non-residents, and are a very high profile species in our state. Our commission stepped up and provided funding to our field managers to initiate and complete these projects.”