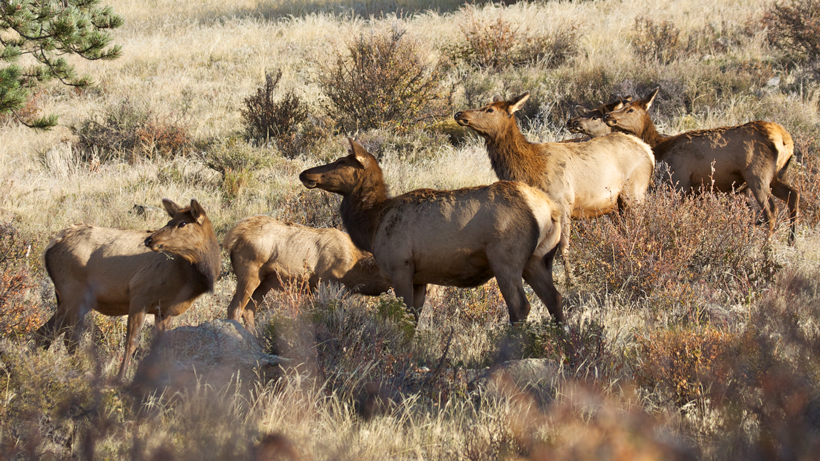 Elk herds are thriving in Wyoming, which means more opportunity for more hunters. Last week, the Wyoming Game and Fish Department (WGFD) announced that the state wildlife commission approved the addition of 2,000 more licenses for the upcoming elk season.

According to the Jackson Hole News & Guide, the “major herds are nearly 30% over objective” and there’s an estimated 101,800 elk within the 28 “closely monitored herds.” Coupled with seven other herds that are managed for “landowner/hunter satisfaction” and number around 8,400 elk, WGFD believes there are an estimated 110,200 elk roaming the state. Based upon these healthy numbers, the commission unanimously approved the increase in the number of licenses. State biologists are anticipating a total harvest of 27,096 elk in 2021, which is 2.5% higher than 2020.

The population spike occurred over the last two years after a “10-year elk population trend” that was “pretty static,” said Doug Brimeyer, deputy chief of wildlife. “All our managers are just trying to maintain opportunity to control elk populations in much of the state.”

Even with the various wildfires, including the Mullen Fire that scorched 176,878 acres in the Medicine Bow National Forest last fall, elk numbers are still stable and growing.

“Overall, we’re about 1,900 licenses more than last year,” said Brimeyer. “We’re doing what we can to control those populations.”

While the application period for nonresidents closed Feb. 1, resident hunters still have until June 1 at 11:59 MST to apply.