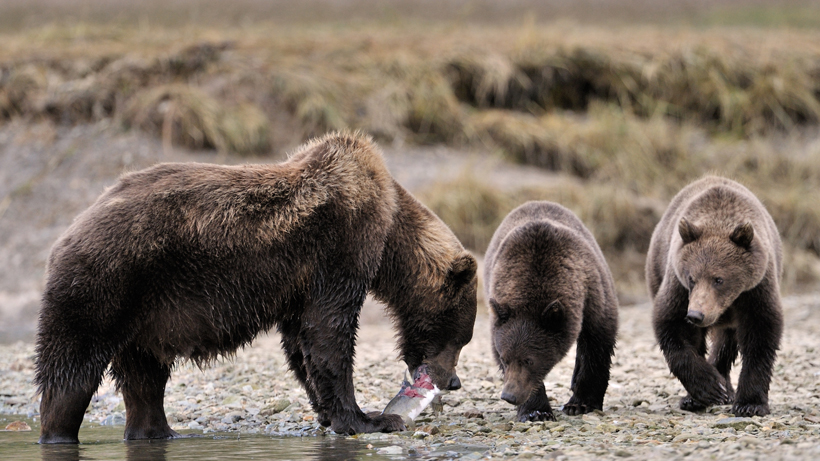 Samantha Dehring didn’t think she was too close for comfort, but park officials certainly did after her recent interaction with a Yellowstone grizzly bear. This week, Dehring pleaded guilty to “willfully remaining, approaching and photographing wildlife within 100 yards” last May – aka she continued to snap pictures of a female grizzly bear and her two cubs despite the animal charging, according to The Guardian. You can watch the video on YouTube here.

Yellowstone National Park is home to plenty of wildlife, including grizzly bears, and visitors are “prohibited from getting within 100 yards of a bear, feeding a bear or approaching it to take pictures,” according to The Guardian. Regardless, Dehring did just that, which resulted in four days in jail as well as a $1,000 fine and a $1,000 community service payment to a wildlife protection fund. She was also sentenced to one year of unsupervised probation and banned from Yellowstone (including Wyoming, Idaho and Montana) for a year.

“Wildlife in Yellowstone national park are, indeed, wild,” said Bob Murray, acting US attorney for Wyoming. “The park is not a zoo where animals can be viewed within the safety of a fenced enclosure. They roam freely in their natural habitat and when threatened will react accordingly.

“Approaching a sow grizzly with cubs is absolutely foolish. Here, pure luck is why Dehring is a criminal defendant and not a mauled tourist.”