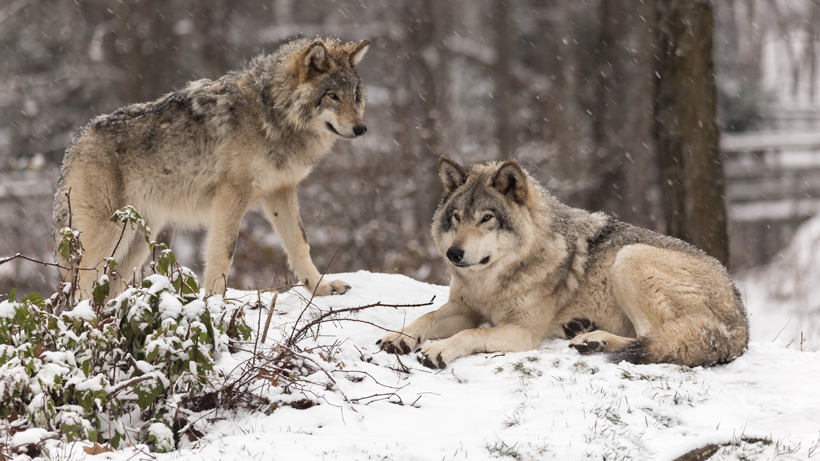 Colorado’s first wolf pack might have just moved into the Centennial State. The announcement comes just a few days after a measure to reintroduce wolves was approved for the 2020 ballot. As goHUNT previously reported, Initiative 107 gathered enough valid signatures to make it onto the 2020 ballot, making it the first time voters would determine a state’s wildlife strategy. If approved, state wildlife managers would be required to reintroduce wolves to Western Colorado by the end of 2023.

Colorado Parks and Wildlife (CPW) says that a recent sighting of “six large canids…traveling together” coupled with “a scavenged elk” several miles from the sighting in northwest Colorado “strongly suggests a pack of gray wolves may now be residing in Colorado,” the Fort Collins Coloradoan reports.

“The sighting marks the first time in recent history CPW has received a report of multiple wolves traveling together,” CPW Northwest Regional Manager JT Romatzke said in a Wednesday release.

Romatzke said that a hunting party witnessed the six animals in late October in Moffat County and heard “distinct howls coming from different animals.” The pack was spotted near Colorado’s Wyoming and Utah borders and, according to the Fort Collins Coloradoan, someone was able to catch “two of the six animals on video.”

Further, when CPW investigated the elk carcass, officers discovered “several large canid tracks from multiple animals” consistent with wolf tracks. According to the Fort Collins Coloradoan, the elk carcass had been mangled in a way also consistent with wolf predation. And there have been other reports of wolf sightings in the state that include tracks, howls, photos and videos.

“It is inevitable, based on known wolf behavior, that they would travel here from states where their populations are well-established,” Romatzke said. “We have no doubt that they are here, and the most recent sighting of what appears to be wolves traveling together in what can be best described as a pack is further evidence of the presence of wolves in Colorado.”

For now, CPW will follow the current state management strategy and leave the wolves alone.

“We want to remind the public that wolves are federally endangered species and fall under the jurisdiction of the U.S. Fish and Wildlife Service,” said Romatzke. “As wolves move into the state on their own, we will work with our federal partners to manage the species.”

If you see or hear wolves or come across any wolf activity, contact CPW online HERE.