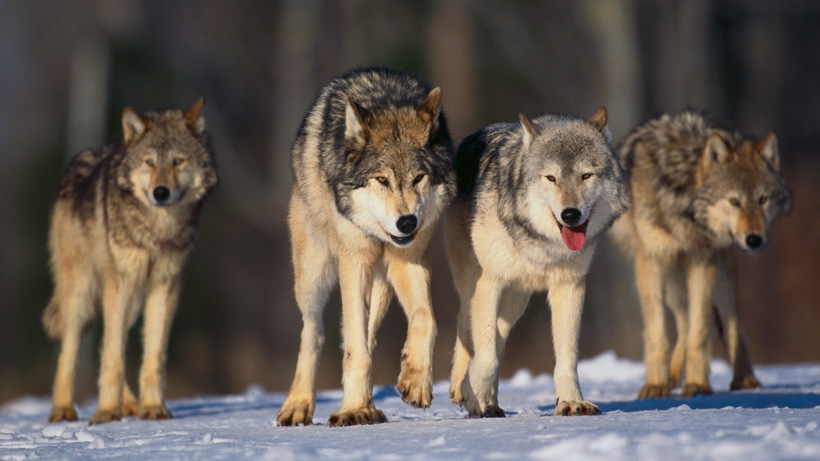 Endangered Species Act protections are over for gray wolves across the U.S. Yesterday, the Trump Administration announced the end to a controversial battle between states, animal activists, tribes and other stakeholders in charge of managing the apex predators. The decision opens up the possibility of future wolf hunts in Michigan, Minnesota and Wisconsin, the Associated Press reports.

Federal officials have continually argued that gray wolves have recovered enough in their native ranges to lift protections and pass management back to the states and tribes.

In September, as goHUNT previously reported, FWS Director Aurelia Skipwith announced that the government had decided to remove endangered species status for wolves by the end of 2020, despite repeated attempts by activist and environmental groups to retain federal protections.

Yet, Minnesota Gov. Tim Waltz vocalized his opposition to “recreation wolf hunting” and “called the decision disappointing,” according to the Associated Press, and animal advocacy groups plan to fight the decision in court. However, those who live in prime wolf habitat welcome the decision.

Ashleigh Calaway of Pittsville, Wisconsin told the Associated Press that “13 of her family farm’s sheep were killed by wolves in July of 2019.” Calaway believes that decreasing wolf numbers through state-managed hunts would help limit livestock depredation. “It’s allowing them to be managed to a level to lower the risk to sheep and cattle,” said Calaway.

Protections will remain in place for Mexican gray wolves in the Southwest.

What do you think of the decision?