Wolves are definitely back in Colorado 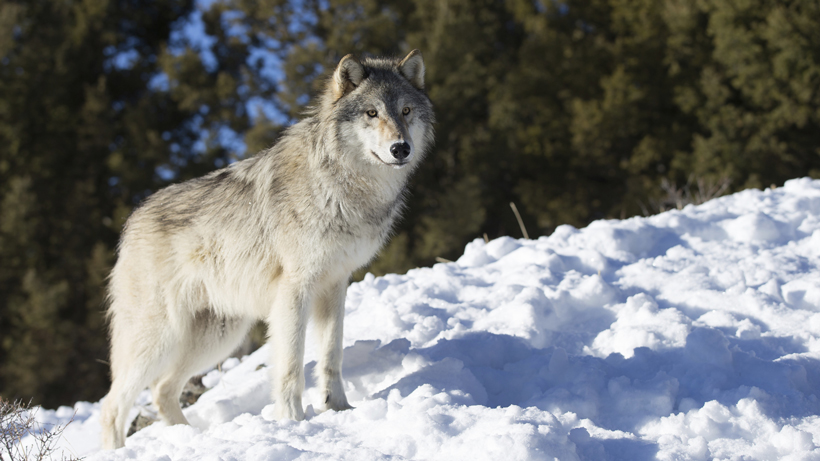 Another sighting leads to the confirmation that wolves have returned to the Centennial State. Earlier this month, Colorado Parks and Wildlife (CPW) reported that a Colorado resident had spotted seven wolves on March 3. CPW wildlife officials investigated the sighting and were able to “visually verify six wolves in the reported area” the following day, according to the Craig Press.

This makes it the second time the same pack of wolves have been spotted in Moffat County. As goHUNT previously reported, the first sighting occurred on Jan. 19 when CPW officials confirmed seeing six wolves two miles from an animal carcass. According to the Craig Press, the wolves likely migrated from populations in Wyoming, Idaho or Montana.

Because wolves are considered a federally endangered species, CPW will work with the U.S. Fish and Wildlife Service to monitor their activity. Remember: it is a federal offense to kill a wolf in Colorado. Anyone who does faces a $100,000 fine and a year in prison per offense. Should you see or hear any signs of wolves, CPW urges you to fill out the Wolf Sighting Form immediately.

The idea of a "healthy population balance" is largely a myth. Regarding Yellowstone: The elk in Yellowstone were numerous and in good shape. Then the wolves came. Things changed. The elk are still in good shape but less numerous. Plant life has changed with less elk. Now the landscape has wolves. It has changed. Its that simple. Its no more or no less healthy. That is a human construct. Period. I have a Masters degree in Wildlife Ecology. I know what the postage stamp answer is but I have seen past that....Let the wolves flourish.

Bruce we as humans took over the role of apex predator when we took over areas and shot big game for food. Only reason for wolves now is the arctic and national parkswhere humans dont kill enough big game to keep a healthy population balance.

Lets work together on the wolves- bruce is right its irresponsible comments guys.

Send the wolves to Seattle to clean up the homeless

Gary thinks he is a regular comedian.All of us who love and appreciate the niche they fill are not particularly amused.Eliminate the Apex predator in the wilderness and you shatter the balance of the ecosystem leaving only mans ignorance in charge.NOT A GOOD LOOK.

Gee, I wonder how long it will take for all six to be shot dead with Nary a soul reporting hearing and or seeing anything.You need a 24/7 vigilante pro wolf group to keep them safe and we all know what the chances of that happening in these good old United States is.Zeeeeeero.