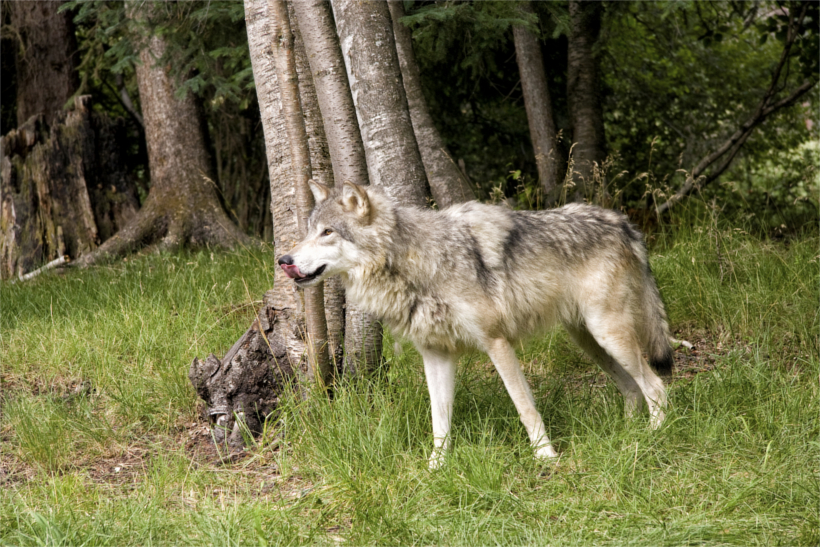 Nature is full of surprises and for several drivers traveling along a highway near Alberta’s Peter Lougheed Provincial Park, they had a front row seat as a wolf grabbed a bite to eat – from a bighorn sheep herd trying to escape. One quick-thinking commuter grabbed her phone and filmed the entire encounter, from the wolf’s first point of contact all the way through to it dragging the bighorn into the surrounding forest.

"I was thinking it's kind of strange for [the sheep] to be running,” says Christine Campbell. “And then, right as I was thinking that the wolf just jutted out to the side."

Rocky Mountain wolves, a subspecies of the gray wolf, have a broad range, roaming from the Mackenzie River Valley through to Central Alberta. Keen hunters, they prey primarily on hoofed animals – and have been guilty of livestock depredation within the area; they also hunt in packs as large as 30 animals, according to the EarthTouch News Network.

While some may consider the encounter too harsh or scary, Campbell notes that there wasn’t any need for human intervention for such a natural – and wild – event. She adds, “The wolf needs to eat too and maybe he had wolf cubs to feed.”

The full video appears below.