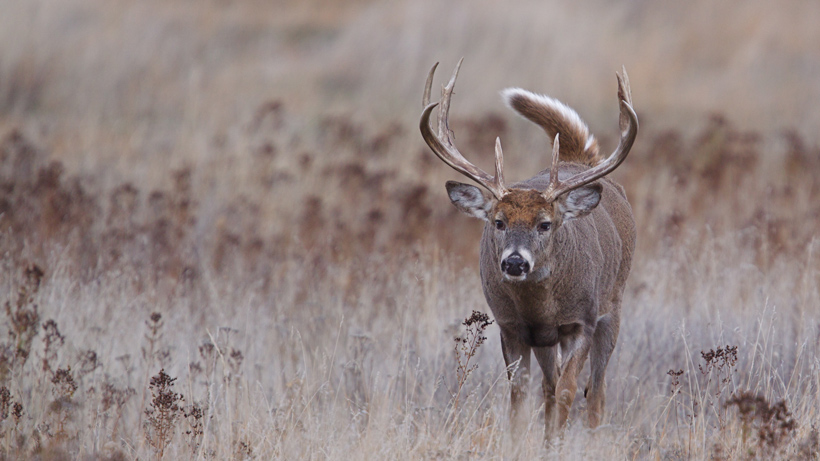 Will chronic wasting disease (CWD) have a lasting effect on healthy deer populations? That’s what Wisconsin wants to know. With 1,343,500 whitetail deer roaming the state – according to the 2016 population estimate – Wisconsin Department of Natural Resources (WDNR) research scientists are starting a five-year study to determine just how much CWD impacts deer mortality, Wisconsin Public Radio reports.

So far, they’ve determined that infected deer die three times faster than healthy ones. The study, which began in January 2017, initially tracked 148 deer; 122 of which have already died. Dan Storm, a WDNR research scientist, told Wisconsin Public Radio that 12 of the deer who died tested positive for CWD, and added that “three-quarters of deer testing positive for CWD died in the first year, while only one-quarter of healthy deer died.”

“We found that deer that have chronic wasting disease have significantly lower survival than those that do not,” said Storm. “So we can say that with confidence but what we will learn more about is the magnitude of the difference.”

The next step is to increase the study’s sample size, which Storm says they will do over the next four years. This will give scientists a better idea of the long-term impact of this fatal disease on deer herd populations.

“We’re going to be better able to manage the deer population in the face of the disease,” said Storm. “Now whether our research gives us any strong notions of how to manage deer differently to manage the disease...I’m not certain about that yet.”

According to Wisconsin Public Radio, there have been other CWD studies conducted on elk and mule deer in the West – all of which “found that CWD negatively impacts survival and population size.”