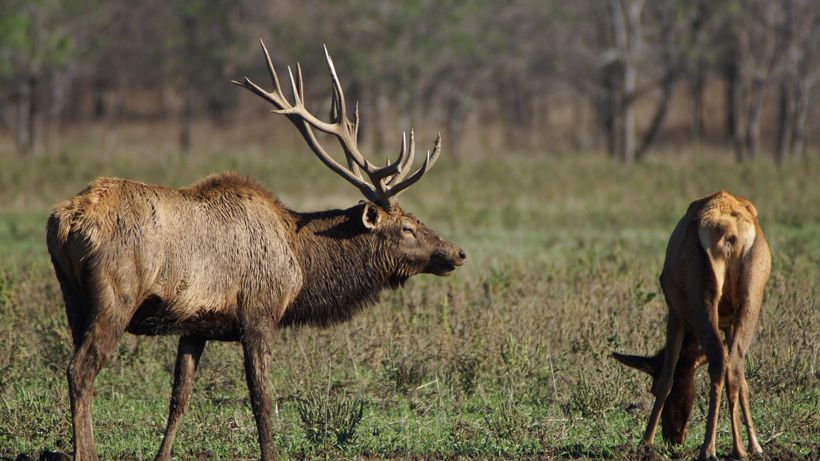 “This marks the final chapter in our translocation efforts,” said Wisconsin Department of Natural Resources (WDNR) Secretary Preston Cole. “It’s been a tremendous project that relied on many great partners, and we’re all looking forward to seeing what the future brings for Wisconsin elk and the people who enjoy them.”

The majority of the funding came from the Rocky Mountain Elk Foundation along with the Ho-Chunk Nation, Jackson County Wildlife Fund, the Ojibwe tribes and other agencies, local businesses and individuals.

And, thanks to the translocation project, elk have rebounded in the Badger State. The first infusion of elk came in 1995 when 25 Michigan elk were released near the town of Clam Lake in Ashland County. In 2017, 31 Kentucky elk were also released, which provided “a boost to herd growth and genetics,” according to the Leader-Telegram.

“The long-term goal is someday to have a herd of about 1,400 animals in the north,” said WDNR deer and elk ecologist Kevin Wallenfang. “We’ve seen slow but steady population growth over the years, and the additional elk are already contributing to an increasing population and genetic richness in the herd.”

Capture efforts went smoothly in Kentucky as elk targeted for the relocation effort were rounded up via helicopter in the coal fields of the southeastern portion of the state. All animals were healthy and thriving following the required U.S. Department of Agriculture 120-day quarantine period for health testing.

“We are finishing the project with our most efficient and successful capture,” Wallenfang said. “All 48 elk, most of them female, were captured by helicopter in just two days. Pregnancy testing indicates that most of the adult females are carrying a calf.”

To allow the Kentucky elk time to acclimate to their new surroundings while they wait out their quarantine time period “to satisfy health testing requirements,” WDNR staff has requested that the public avoid the seven-acre holding pen until the elk are released, according to the Leader-Telegram.