Winter ticks deadly for BC moose 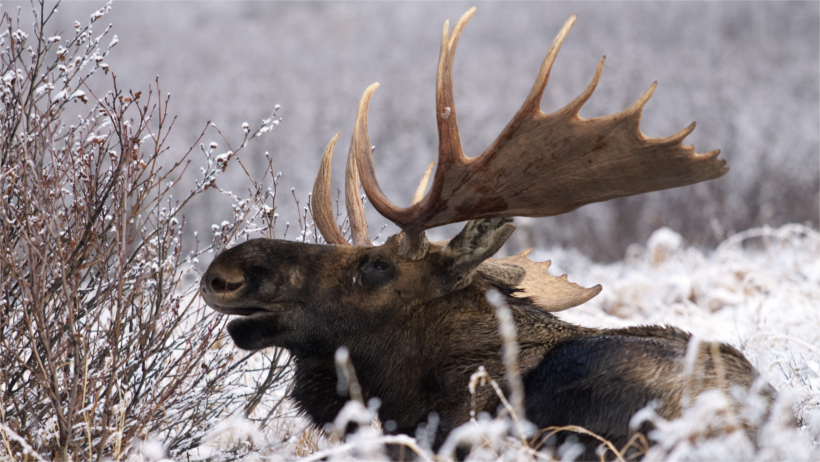 Winter ticks are literally sucking the life out of Canadian moose. Across British Columbia, moose have suffered immensely from the winter tick infestation as the parasites latch on and feast. Wildlife biologists have found moose covered in thousands of ticks engorged on the animal’s blood, causing it to lose body mass and, ultimately, waste away.

“Basically, a lot of moose die from starvation,” Dustin Walsh told The Globe and Mail. Walsh, a B.C. biologist, is trying to figure out how far the ticks have spread and how to save the iconic animal. “By the time you come upon a dead moose, it has almost no body mass. The ticks draw that much blood.”

While ticks blanket other regions within North America, so far, no one has been able to halt them in their tracks. Yet, BC biologists want to take action, not just gather data and watch the destruction continue. Instead, they are looking for solutions, including the consideration of controlled burning this summer in areas where moose traffic is highest. Other less practical ideas have been suggested, but nothing that is truly being considered.

“It is our biggest game species, and an iconic animal,” Walsh told The Globe and Mail. “There are moose in parts of Europe, but nobody has them like we do.”

We need some sort of bug that likes to eat ticks. Like getting ladybugs to eat aphids. We are already getting mosquitoes here in south Idaho. I hear it's going to be a bad year for those and ticks down here. For those that live in the concrete jungle...they don't pay it a second thought, for us heading to the woods...it sucks!