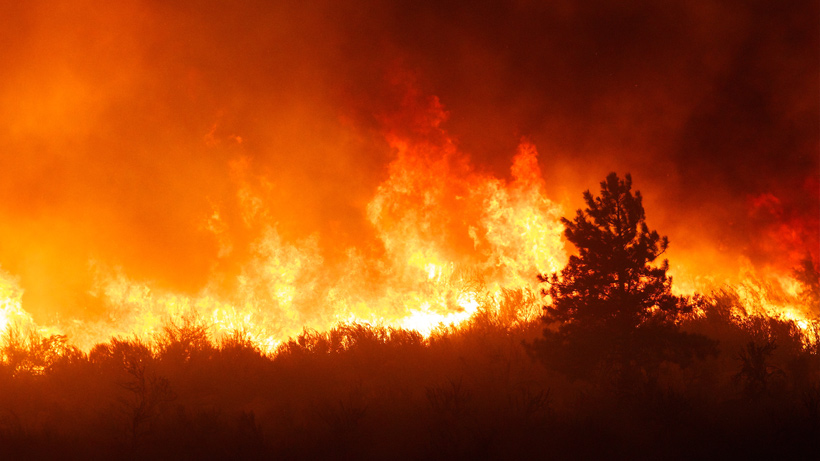 This week, another wildfire forced the evacuation of Montana’s Glacier National Park. The massive fire—spurred on by dry conditions, triple-digit temperatures and lightning—destroyed structures in the busiest area of the park. This new blaze occurred while California officials work to reopen Yosemite National Park following a two-week closure and the death of a Utah firefighter on Monday “battling a massive blaze in Northern California,” The Seattle Times reports.

The Glacier fire resulted in the closure and evacuation of its Sprague Creek campground. More than a dozen vacationers were evacuated. According to park officials, “structures on the north end of Lake McDonald were lost” and the fire stretched between 2 and 4 square miles by Monday afternoon.

“It just completely exploded. Yesterday we were watching it grow all day, and now it’s so smoky you can’t see anything,” said Kyersten Siebenaler of Glacier Outfitters (a boat rental business based at the south end of the lake) told The Seattle Times.

Another campground, motel and multiple private residences located with Glacier’s boundary were also evacuated and a 30-mile portion of the popular Going-to-the-Sun-Road was closed to traffic, according to The Seattle Times. An additional 15 houses in Ennis, Montana, were also forced to evacuate due to a wildfire that spanned 3 square miles. That fire, according to fire information spokesman Dave Sabo, “was burning in challenging mountain terrain with a mix of pine, fir and spruce trees.” 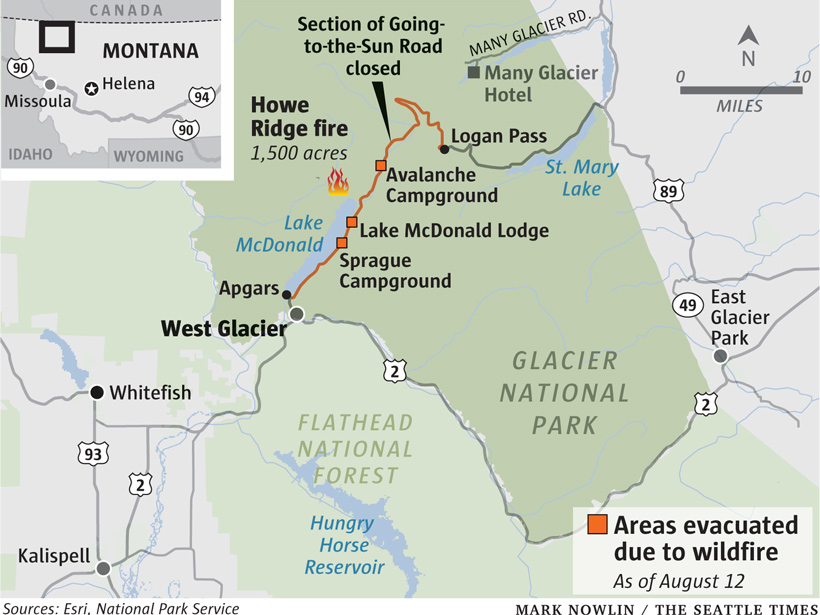 Last year, more than 2,400 square miles of Montana were scorched by wildfires; this year’s fires have only impacted 30 square miles so far. According to The Seattle Times, this is the second consecutive year that evacuations due to wildfires have occurred at Lake McDonald. This particular fire began during a passing thunderstorm. Crews were expected to keep tabs on the area throughout the night to ensure that the fire was under control.