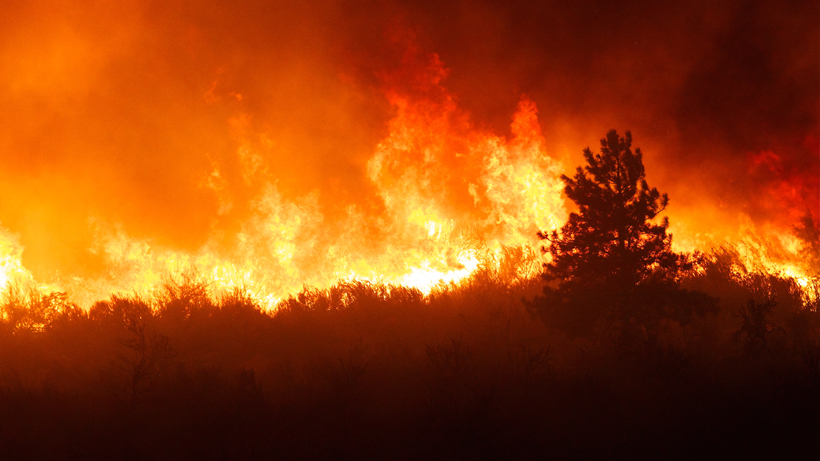 Wildfires have blazed through prime mule deer habitat in eastern Nevada, scorching over 700 acres as high temperatures continue through the weekend. The cause of the two fires – one five miles north of the Shafter Exit of Interstate 80 between Wells and Wendover and another 60 miles northeast of Ely – is still unknown; however, firefighters have been able to contain nearly 80% so far, according to the Elko Daily Free Press.

The Elbow fire broke out some time on Tuesday as firefighters responded around 9 p.m. Another fire began on Monday afternoon. Together, both fires have burned 300 acres of pinyon and juniper trees near Toana Peak and 477 acres of pinyon-pine and juniper, brush and grass in north Spring Valley. Using single engine air tankers, a hand crew, one engine, a bulldozer and two water tenders plus a helicopter, firefighters have been working to contain the fire on the ground and full containment of both fires is expected by Saturday.