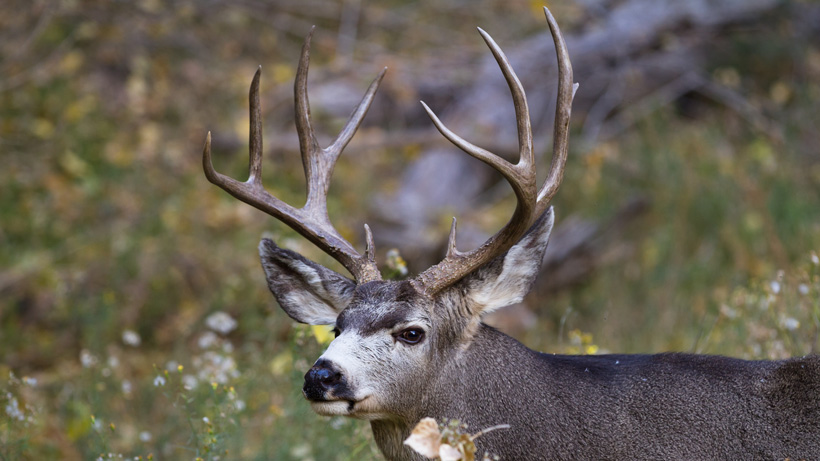 Alaska is one of the true wilderness states and home to a variety of wildlife. However, until recently, it wasn’t typically where mule deer and whitetail deer chose to roam. But there have been several sightings of both species within the Last Frontier—including within the Upper Lynn Canal, KHNS.org reports. With Sitka blacktail deer the more common ungulate within Southeast Alaska, the recent sightings of its Lower 48 counterparts have Alaska Department of Fish and Game (ADFG) biologists gathering as much information as they can, which means it’s currently “open season” on all mule deer and whitetail deer.

“For many years, but even before I’ve had this job, we’ve had rumors of mule deer in the Skagway area. And even maybe a photo or two that folks weren’t 100% sure whether they were mule deer or not,” Carl Koch, the ADFG area wildlife management biologist in Juneau, told KHNS.org.

Koch, who manages the Upper Lynn Canal Game Management Unit 1D, identified a mule deer buck in the Skagway area and Koch says there have been confirmed sightings of whitetail near Haines.

In fact, according to an ADFG publication, the agency has confirmed reports of mule deer in Fairbanks and, even, the North Pole. While difficult to know why mule deer and whitetail deer are suddenly migrating to Alaska, biologists are worried that there is the possibility that the animals will bring chronic wasting disease with them or, even, ticks.

Hunters should be careful to identify their target before making the kill—it’s illegal to hunt Sitka blacktail in Unit 1D. State regulations state that hunters must contact Koch before taking a deer, but Koch told KHNS.org that he’d “rather hunters go ahead and get the sample than let a deer go because they didn’t have a chance to call.”

“We would like to have them provide the head with the brain and skull intact, heart with lungs attached, hide, and pellets. But they should feel free to give me a call, so we can talk more about that stuff,” said Koch.

The agency will return the meat and antlers.