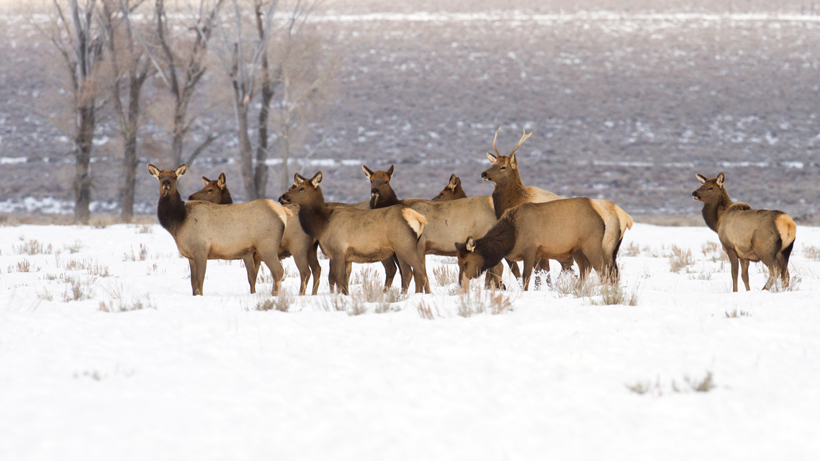 If a court order closes Wyoming’s elk feedgrounds, that doesn’t mean the animals suddenly have a supplemental food source if they need it. This is why the Wyoming Game and Fish Department (WGFD) is currently figuring out “contingency plans to replace winter elk feedgrounds,” WyoFile reports.

With two different lawsuits pending, WGFD Director Brian Nesvik said that agency could be forced to close a feedground within a month, leaving hungry elk “cut off from their accustomed diets.” Current contingency plans include private landowners; however, Nesvik is not sharing who those individuals are.

As goHUNT previously reported, last month, seven lawmakers filed House Bill 101 in an effort to switch elk feedground closure authority from WGFD to the governor and would require the governor to consider the recommendations made by WGFD as well as comments from the Wyoming Livestock Board and public input, essentially removing any authority over feedground closures from WGFD.

According to WyoFile, 14 of the state’s 22 feedgrounds are on federal property and are used as a way to keep hungry elk off of agricultural land and away from winter cattle feed lines. The bill has support from groups like the Wyoming Stock Growers Association, the Wyoming Livestock Board and various outfitters.

If passed, WGFD would have to go through various steps – talking with the governor, the state livestock board, soliciting public comment, etc. – in order to close a feedground. Nesvik said that HB 101 “would require the Game and Fish to submit any closure recommendation to the livestock board, which would add its opinion” before the issue would move onto the governor for “potential approval.”