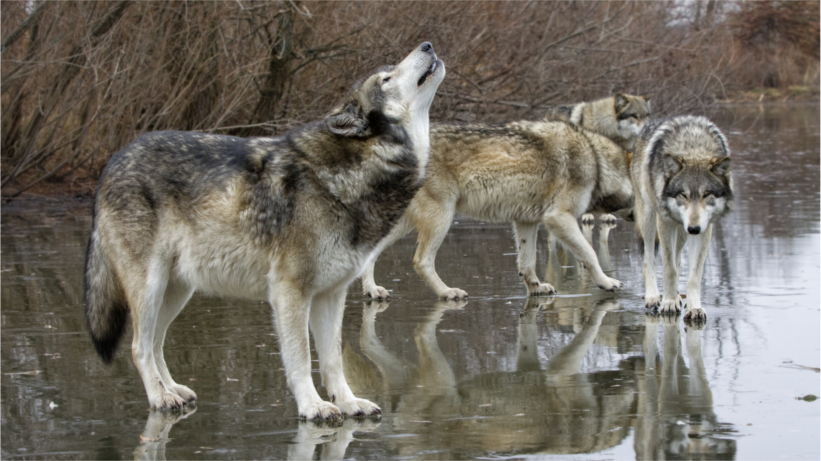 Another calf is dead and officials with the Washington Department of Fish and Wildlife (WDFW) have linked its death to the Profanity Peak wolf pack – an 11-member pack that has already killed at least three other cattle this summer in Ferry County. According to WDFW’s wolf policy, four depredations in one year mean that lethal removal is now an option and, this week, WDFW Director Jim Unsworth approved moving forward with the removal.

This doesn’t mean that the entire wolf pack will be killed. In fact, WDFW wolf policy coordinator Donny Martorello says that the “department plans to remove part of the pack” but won’t say how many that actually means. WDFW plans to trap or shoot the wolves from the ground or by helicopter and will begin the removal soon.

Perhaps they are remaining mum on the actual timeframe due to a previous 2014 attempt at removing wolves from the Huckleberry pack. Officials had planned to eradicate four wolves from that pack only to face criticism and ended up shooting only one wolf out of the planned four, according to the Capitol Press. Seven wolves were also removed from the Wedge pack in 2012.

“I’m disappointed there was another depredation, but happy to see the department is ready to step in,” says Jack Field, executive vice president of the Washington Cattlemen’s Association.

Wolves are widespread across the state and most roam the northeastern portion. The latest count tallied 90 wolves in 2015. While WDFW knows that it will face criticism for the decision, the key to good wolf management is keeping depredation down.

“We have the capacity to do it, and we’ll be carrying it out,” says Martorello.