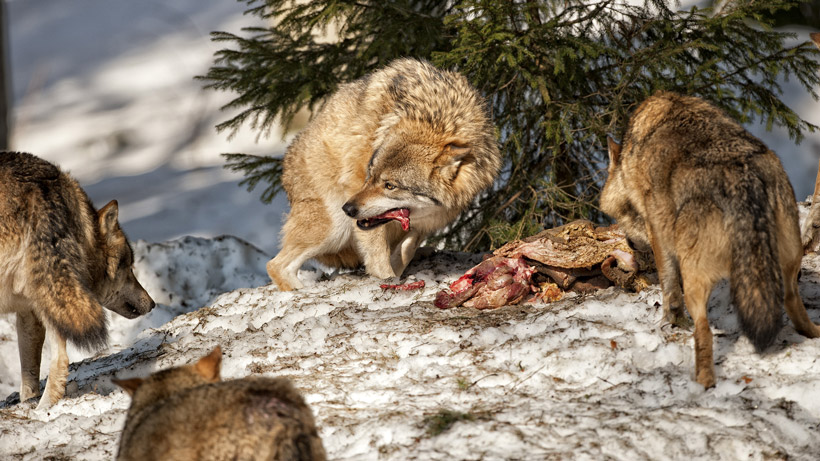 With wolf populations on the rise, Washington lawmakers recently issued new rules to speed up the lethal removal of problem wolves and, hopefully, decrease depredation of livestock. The new rules were announced this week and have been met with criticism by environmental groups who say it makes “it too easy to hunt down wolves,” the Associated Press reports. However, Washington Department of Fish and Wildlife (WDFW) officials believe a quicker reaction may actually prevent future attacks.

"If we can act earlier in a pattern of depredation, we hope we can change the behavior of wolves," WDFW Wolf Policy Lead Donny Martorello told the Associated Press. The new rule permits a hunt after wolves attack livestock at least three times within 30 days or after four attacks that occur within 10 months – even if one isn’t a confirmed wolf attack. Previous rules only authorized a wolf hunt after “at least four confirmed attacks by wolves over a year or six over two years,” according to the Associated Press.

Martorello says that under the new rules, livestock producers are required to “take at least two proactive steps, such as hiring range riders” to keep conflict under control and “prevent conflict before it starts.” As wolves continue to roam the state and recovery efforts move forward, it’s essential for livestock producers, state government, wildlife biologists and local residents to work together for a collaboration that works for everyone, including the wolves.While groups like the Center for Biological Diversity are opposed to the new rules, others like Conservation Northwest (CN) support the decision.