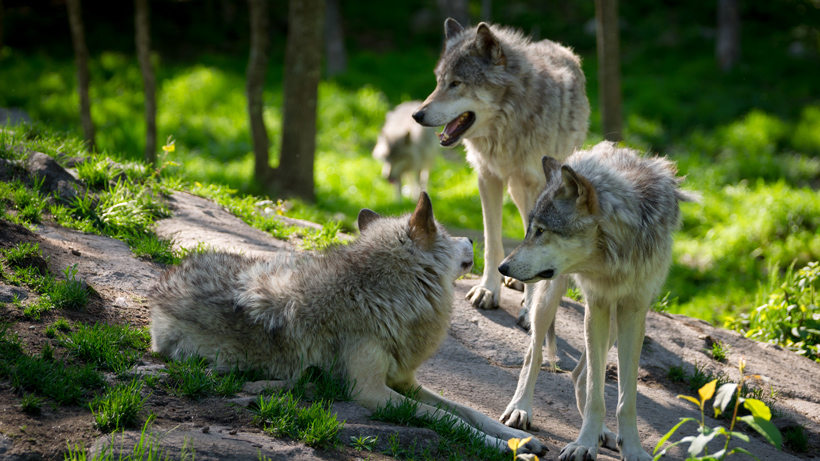 As wolves start to make to a comeback across Washington, wildlife officials are considering an expansion to the wolf recovery areas. According to the Tri-City Herald, a new study will launch later this year that will look at whether the state should move some of its growing wolf population to other areas where wolves currently do not live, particularly the Cascade Mountains west of the Tri-Cities. Right now, the state has three distinct wolf recovery management areas: the Northern Cascades, the Southern Cascades and Northwest Coast, and Eastern Washington. There are no known wolf packs west of the Tri-Cities. 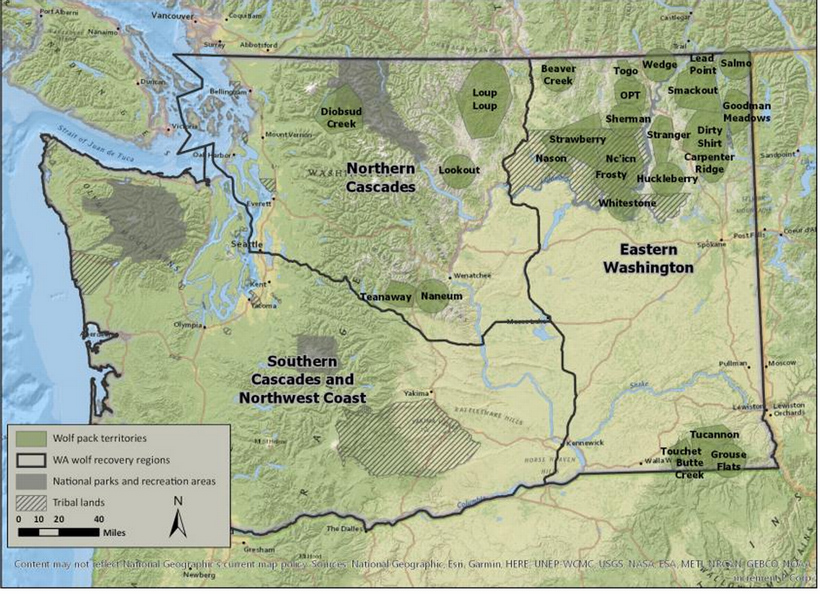 Wolves were wiped out in the 1930s, but, in 2008, a pack was documented in north-central Washington. Since then, according to Mike Livingston, the south-central regional director for the Washington Department of Fish and Wildlife (WDFW), the wolf population has grown an average of 28% each year and the last wolf count “showed the state had a minimum of 126 individual wolves in 2018.” Based upon how counts are completed, there are likely more wolves than those who have actually been documented. Regardless, WDFW has confirmed 27 packs of at least two wolves and 15 breeding pairs live within the state.

This fall, WDFW will hold a meeting to discuss what the study should consider regarding the possible wolf recovery area expansion to the Tri-Cities. Right now, the areas being considered are state and federal land in west of the Tri-Cities in the Southern Cascade Mountains. While Eastern Washington wolves (those east of Kennewick, Moses Lake and Omak) are no longer listed as endangered, the rest of the state’s wolves do have federal protections. However, according to the Tri-City Herald, state biologists could also recommend that they be removed based upon the success of the recovery program.

I would like to expand one to my living room wall. Possibly on the back of the rocking chair even.