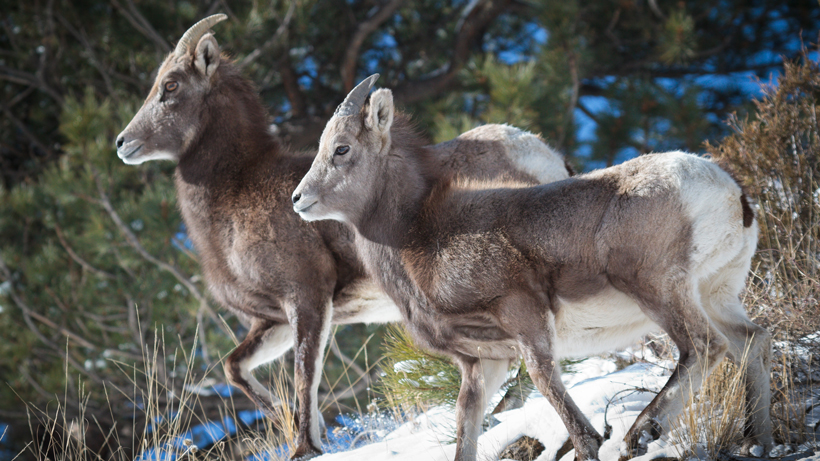 Washington bighorn sheep in Eastern Kittitas County are confirmed as healthy after the Washington Department of Fish and Wildlife (WDFW) took decisive action to keep disease away from the state’s Quilomene bighorn sheep herd near Gingko State Park. The agency lethally removed nine rams and three ewes after possible interaction with a domestic sheep herd, which could have resulted in the transmission of disease to the wild herd, the Daily Record reports.

As goHUNT previously reported, last October, the rams were found with a domestic ewe, which was lethally removed after testing positive for Mycoplasma bacteria – the same bacteria that causes bacterial pneumonia in bighorn sheep. Biologists initially planned to lethally remove 15 bighorn sheep and test an additional 10 to 15 animals using non-lethal means.

While nasal swabs can be used to detect the disease, biologists opted to use lung tissue from the lethally removed animals to test for the disease, which is more accurate. According to WDFW Regional Wildlife Program Manager Scott McCorquodale, the nasal swab method “depends on what stage the organism is in within the sheep.”

“Sometimes you’ll get it, sometimes you won’t,” said McCorquodale. “The gold standard is to have some lung sample. If the animal has it, it is going to be in the lungs. That is one of the reasons why the lethal sampling was chosen, as opposed to trying to catch them and get nasal swabs.”

Fortunately, the rest results were negative, leading WDFW to determine that disease had not infiltrated the bighorn sheep herd. Biologists plan to monitor the Quilomene herd in the future for signs of disease.

“It’s pretty noticeable what the sheep do,” said McCorquodale. “Those sheep along the Columbia River are pretty visible. There are some hiking trails in there that people use. We are not getting any reports from anybody seeing dead sheep or sheep looking noticeably sick. At the moment, we think we are okay, and that this population are free of this pathogen, which is really good because its hard to deal with once it is in a herd. There’s not a really easy way to get it out.”