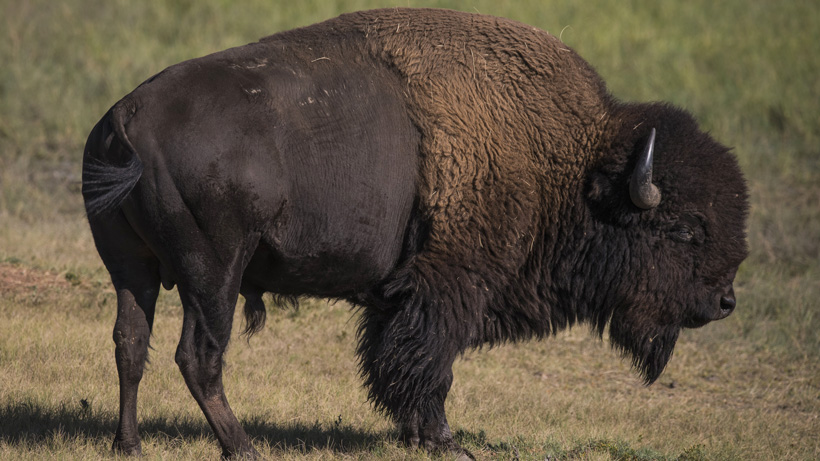 Interested in harvesting a bison while also helping out the U.S. National Park Service (NPS)? Then it could be your lucky day. NPS is looking for volunteers to help them cull a problem bison herd in the Grand Canyon. Interested hunters can enter into a lottery system for a chance at hunting one of the 600 bison who call the area home.

Bison are a once-in-a-lifetime hunt opportunity, which makes this call for volunteers both unique and exciting. While the NPS announcement has gained negative attention by anti-hunting groups and animal rights activists, BBC News reports that management of the burgeoning bison population is necessary; if left to their own devices, experts estimate that numbers could reach as high as 1,500 bison in only a decade, resulting in far more animals than the area can sustain. Bison are damaging vegetation and polluting water sources, impacting other species that need these resources to survive.

While some animals will be relocated from the Canyon, others will be lethally removed. The overall objective? Eliminate at least 400 of the bison, leaving roughly 200 in the park’s northern region. The hunt will likely occur between October and May when the road leading to the Grand Canyon’s North Rim is closed. Hunters must be physically fit enough to handle this type of hunt and have superb shooting skills. According to Carl Lutch, the terrestrial wildlife manager for Arizona Game and Fish in Flagstaff, volunteer hunters must “be capable of hiking eight miles a day, carrying a 60-pound pack and hitting a paper plate 200 yards away five times.”

Currently, the “Grand Canyon is working with state wildlife officials and the Intertribal Buffalo Council to craft guidelines for roundups and volunteer shooters, who would search for bison in the open,” NPS spokesman Jeff Olson told the Chicago Tribune.