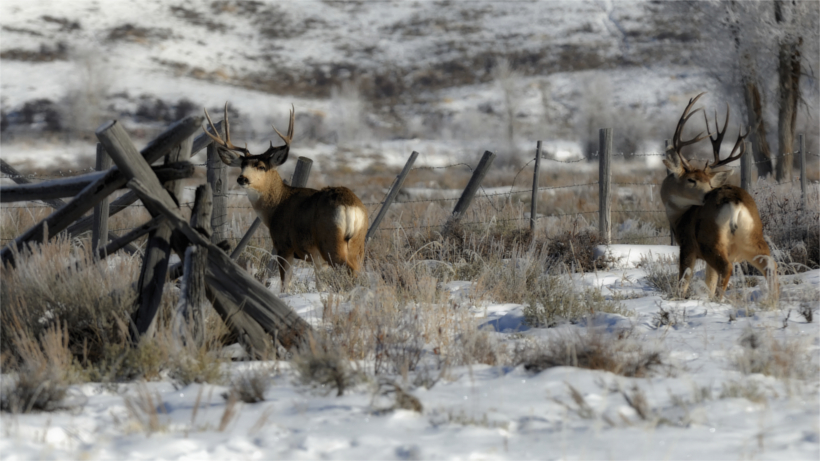 Mule deer in Utah’s Bear Lake Valley aren’t doing so well. Deep snow and frigid temperatures have greatly impacted the herd, which is a large herd comprised of several thousand deer. Still months away from a spring warm-up, wildlife officers and local residents are taking action by establishing an emergency supplemental feeding program in Garden City, UT to help the deer survive.

The program, which began on Jan. 13, is collaboration between the Utah Division of Wildlife Resources (UDWR) and hunters from local sportsmen groups like the Mule Deer Foundation, Sportsmen for Fish & Wildlife and the Rocky Mountain Elk Foundation. This is the first time deer have needed this sort of help since 2008. In fact, others herds across the state aren’t as affected by the winter weather.

"Although weather has been severe across parts of Utah this winter," UDWR Director Greg Sheehan said in a press release."The Bear Lake area is the only location where emergency deer feeding needs to happen right now. We're prepared to feed deer in other locations, though, if the need arises."

Local businessman Travis Hobbs has been at the forefront of the program. Hobbs, who owns a local construction firm, has opened up his warehouse to UDWR to store the specially-formulated deer pellets. In addition to the use of space, Hobbs and his employees are volunteering their time and equipment to move snow and spread pellets, according to the Cache Valley Daily News.

While the emergency action may have some worried, the good news is that the deer were in terrific health before the winter weather arrived. Worried residents shouldn’t try to feed deer. The pellets used for the emergency feeding programs are specially designed to provide complete nutrition for the deer and do not include alfalfa, grass hay or other filler ingredients.

"This specially formulated pellet gives deer the correct balance of energy and protein the animals need," UDWR Northern Region Supervisor Justin Dolling said in a press release. "Products other than this pellet can actually hurt the deer. We appreciate the concern many folks have about deer in Utah this winter, but we strongly discourage people from feeding deer on their own."

As the winter months continue, UDWR biologists will continue to monitor the Bear Lake Valley herd as well as the other herds across the state. Hopefully, this feeding program will be the only intervention needed before the spring thaw.