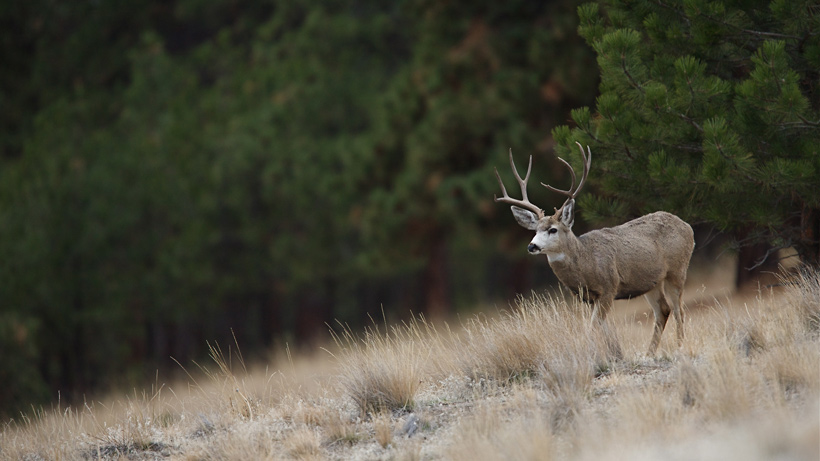 Increased population has resulted in new neighborhoods, highways and interrupted habitat for Utah wildlife, particularly big game who depend on the state’s winter range and migration corridors for survival. In an effort to “enhance and improve the quality of big game winter range and migration corridor habitat,” U.S. Secretary of the Interior Ryan Zinke has awarded over $230,000 in research grant funding for three specific projects, The Independent reports.

“Earlier this year, I was tagging and collaring mule deer in a neighborhood south of Salt Lake City which didn’t exist 10 years ago,” said Zinke. “This rapid expansion and development make it all the more important that we fund important research projects like these to identify and better define migration corridors. These grants will allow the state to conduct research to understand how deer move and migrate within Utah. Once we can scientifically establish or better define the migration routes, it will allow us to work in partnership and use the best science and innovation to conserve the important corridors on which mule deer populations rely.”

According to The Independent, Utah officials have identified three specific projects that they will use the funding for in order to promote big game habitat conservation. The primary research priority concentrates on an area where rapid development has made it difficult for mule deer that must cross a state highway between the City of Eagle Mountain and Salt Lake City/Provo to migrate to their winter range from the Oquirrh Mountains into the Lake Mountains. Utah Division of Wildlife Resources (UDWR) officials will use funds to collar and track 20 does and 20 bucks this winter too, hopefully, gather enough data to formulate a plan in collaboration with the Utah Department of Transportation to create easier crossing for mule deer. Funding will also be used to collar 80 mule deer in the Zion Unit and 60 mule deer in the Chalk Creek/Kamas Unit to also monitor migration routes and seasonal changes.

“Utah is one of the fastest growing states in the nation,” said UDWR Director Mike Fowlks. “With this rapid growth, we need to be nimble and progressive in our management and restoration programs to provide habitat and migration corridors for big game. Secretarial Order 3362 has been an incredible shot in the arm by helping us address several urgent research needs for big game in Utah. Information collected from these studies is being used to map migration corridors and plan projects, such as wildlife crossings that will preserve big-game movements for generations to come. I cannot stress enough how much the Secretarial Order can help the state of Utah maintain abundant populations of deer, elk, and pronghorn.”

Can you email me a simple map of the deer migration from
camp Williams to the Utah Lake please?