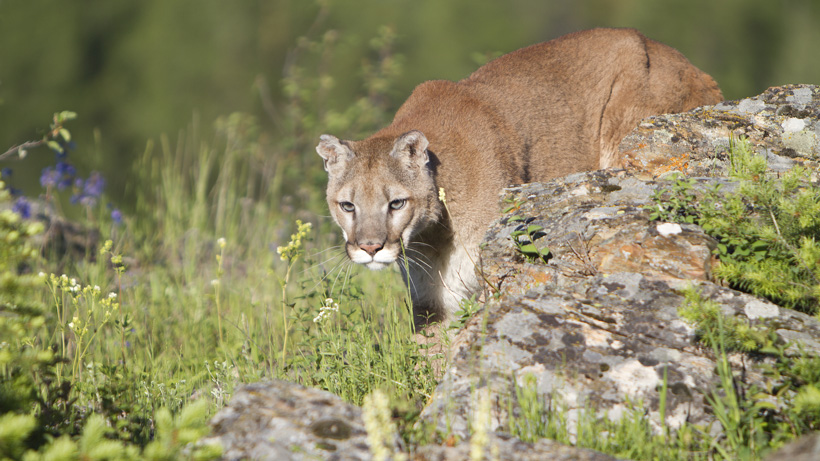 Wildlife management can be a tricky balance and one that agencies work carefully to keep stable. This is why the Utah Division of Wildlife Resources (UDWR) is recommending changes to the number of permits offered for mountain lions and bobcats for the 2019-202 season. According to the agency, based upon current population counts, wildlife biologists would like to increase the number of mountain lion permits and decrease the number of bobcat permits.

There are also a few proposed changes to mountain lion hunts.

With an estimated 2,700 adult mountain lions in Utah, biologists say that mountain lions are “meeting the established guidelines” outlined within the state’s management plan. Based upon this information, biologists would like to add 34 more permits to this year’s hunt, which means that 678 permits will be available.

“Our goal is to maintain a healthy cougar population within the current distribution of the species across Utah, while also considering human and livestock safety,” said UDWR game mammals program coordinator Darren DeBloois. “As part of this, we factor in a proportion of older age animals, breeding females and healthy cougars in the population.”

“Cougars are tough to hunt,” DeBloois said. “Not every hunter who gets a permit will harvest one.”

The agency has also proposed a change to this year’s hunt, which would include the addition of the new weapon rule amendment and would, essentially, permit handgun-archery-muzzleloader-shotgun-only hunts for both mountain lion and bobcat. Another change would be a new requirement that hunters reveal their kill location when checking a mountain lion in with UDWR.

“This would provide additional data on where cougars are being harvested around the state and would help us give more tailored recommendations for specific permit numbers on the various hunting units,” DeBloois said.

Because recent bobcat populations seem to be on the decline, biologists are also recommending fewer permits for the 2019-20 season as well as a shorter hunting season. They recommend decreasing it by one week with the season running Nov. 20 to March 1, 2020. If approved, hunters would only be able to purchase five permits instead of six and only 6,460 permits will be available.

“Lower bobcat population numbers may be related to the decrease in the number of rabbits in the state, which is a big food source for bobcats,” said DeBloois.

Want to weigh in on the recommendations? UDWR will be holding several meetings to collect public comments before the final decision. Here are the dates, times and locations: