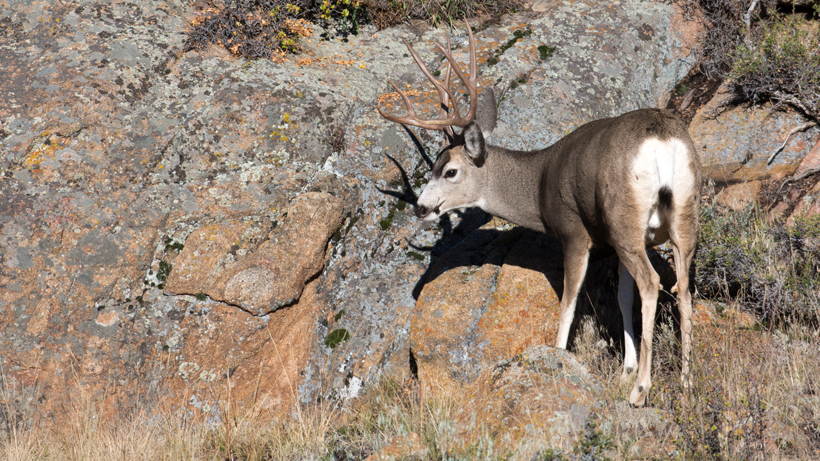 The Utah Division of Wildlife Resources (DWR) has recently announced plans to decrease the number of available general season deer permits for 2021 in an effort to bolster the state’s deer populations. The currently adopted management plan by the state calls for an overall state objective of 400,000 deer. Currently, there are an estimated 314,850 animals.

"We've had a few drought years in Utah recently, which has a significant impact on the survival rates of deer," Covy Jones, Big Game Coordinator of Utah DWR said "In Utah, we have the longest range trend study in the Western U.S., and we've seen that having suitable habitat is crucial for maintaining or growing wildlife populations. And drought conditions can really negatively impact that habitat, which in turn affects our wildlife species."

Biologists with the Division are recommending a total of 74,775 general season deer permits during the 2021 season, a decrease of 4,900 permits from the previous year. Out of the 29 total general deer units in the state, 16 are seeing decreased permit numbers. 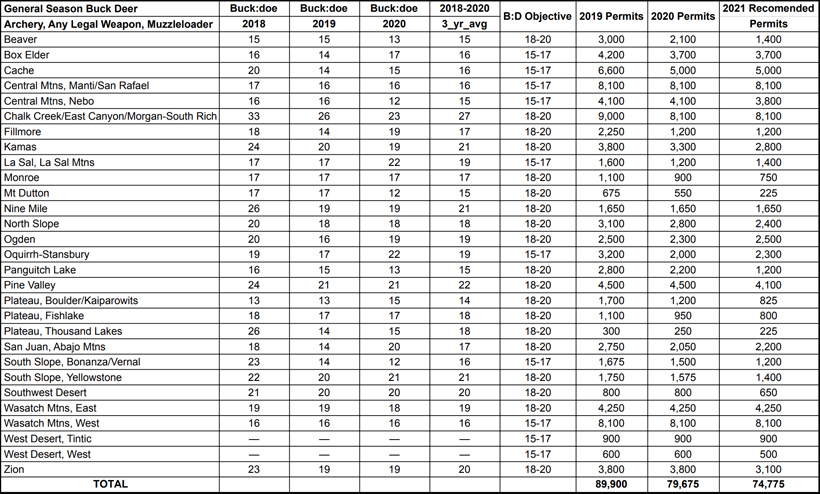 "The number of permits we're proposing for 2021 will help us achieve or maintain the objectives detailed in Utah's mule deer management plan for harvest size, animal quality, and hunting opportunity," Jones said. "The biology and herd health of our wildlife come first when making hunting permit recommendations."

Along with changes to general season deer DWR Biologists are also adding two new antlerless deer hunts to address damage to agricultural areas caused by deer, as well as other urban deer issues within Price and Oak City. Ten new cow elk hunts are also being proposed along with a new doe antelope hunt.

The state is now accepting feedback on the various proposals. Presentations of each of the proposals along with the opportunity to provide comments can be found online here.

Comments must be submitted by the applicable dates for the six RAC meetings planned for various regions of the state.