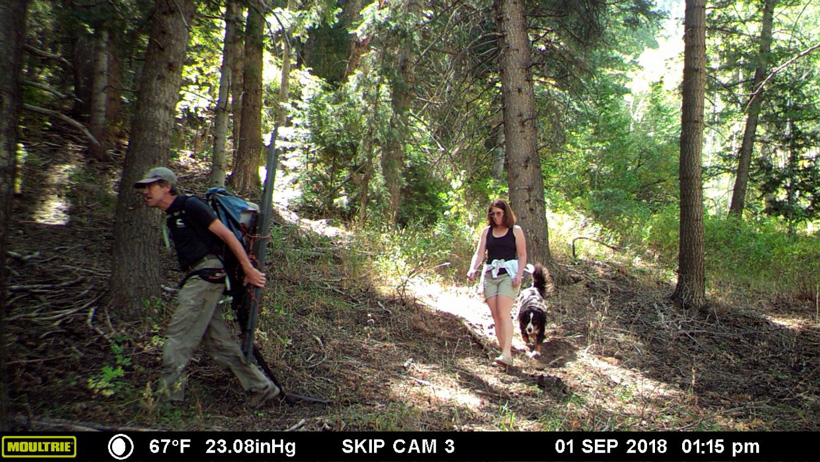 A prominent Park City, Utah couple was charged with stealing tree stands and a trail camera in the Wasatch Mountains. Fortunately, while they swiped most of the hunter’s gear, they didn’t spot another trail camera that was posted in another location. The duo—well-known skier Andrew McLean and his wife, Park City Assistant City Attorney Polly Samuels McLean—were caught stealing on-camera.

“Trail cameras, every week we have one to six people saying my trail cameras were destroyed,” Bronko Phillips, a local hunter, told Fox13. “We have gentlemen that let us know their stands were taken or they were tampered with.”

According to Fox13, this particular hunter turned to social media for help. 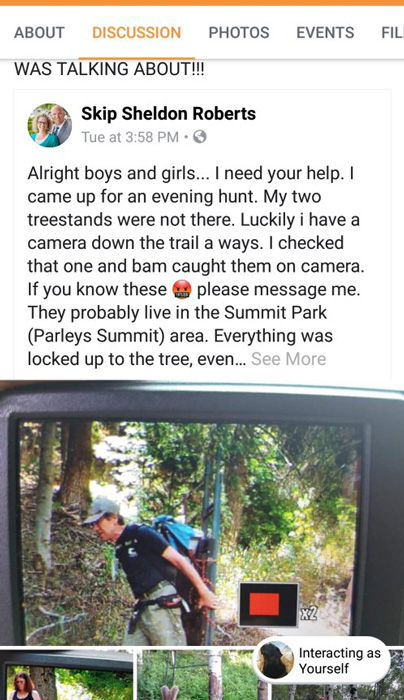 Lance Palmer, who runs the Facebook group “Utah hunters, fishers and campers,” shared the post. The group has roughly 10,000 members and the photo spread fast, leading to the identification of the McLeans. The photos show the McLeans stealing two tree stands and a trail camera (an estimated value of $1,500) and causing over $500 in damages.

“It’s not like they just happen to walk up on it and have a pair of bolt cutters in their back pocket,” says Palmer.

Once the couple was identified, the Unified Police Department obtained a search warrant to search their Park City home as well as their cabin in Lamb’s Canyon. Both tree stands and the trail camera were recovered, Fox13 reports.

The McLeans were arrested and face felony theft and misdemeanor charges for criminal mischief. As to why they did it? Most likely because they are anti-hunters.