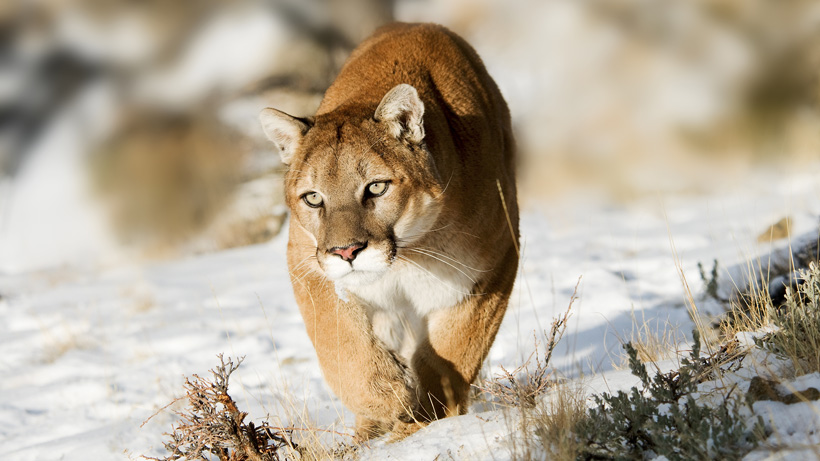 Utah is home to a healthy mountain lion population. As a result, state biologists gained approval for a a new spot-and-stalk hunting season that will debut this August as well as additional predator management plans aimed at reducing predator numbers in areas where other wildlife numbers “dip below the state’s management objectives,” KSL News reports.

According to the Utah Division of Wildlife Resources (UDWR) Director Mike Fowlks, the new season will begin Aug. 1 and continue through the end of the year. While the new season will be implemented “on a year-by-year basis,” for 2020, it adds more than two dozen mountain lion hunting permits beyond the regular season, which starts in November. A permit will cost $30.

Along with the new hunt, a new state law was passed earlier this year that requires UDWR to take additional steps towards managing predator populations in areas where other wildlife is repeatedly threatened. Based upon this legislation, in certain selected areas, “hunting for a predator can remain open year-round with no quota on the predator being harvested,” said Darren DeBloois, UDWR game mammals program coordinator.

According to KSL News, the following units have been selected for this special predator management program to protect mule deer:

Other units selected to protect bighorn sheep include:

“It’s important to think about predators in relation to their prey base because we might think of a prey species like a mule deer with regards to its habitat needs — the availability of feed in the landscape,” said DeBloois.

To further wrangle in mountain lion populations, UDWR has also proposed adding 27 new mountain lion hunting permits for those parts of Utah without the new predator management plan in place. There’s also a proposed adjustment to the number each hunter can take – if approved, that would increase to two mountain lions per hunter between now and June 30, 2021, according to KSL News. Another proposed change would dictate when a hunter could take a GPS-collared mountain lion and whether hunter orange should be required during mountain lion hunts.

Interested in commenting on the proposals? Meetings will be held as follows: