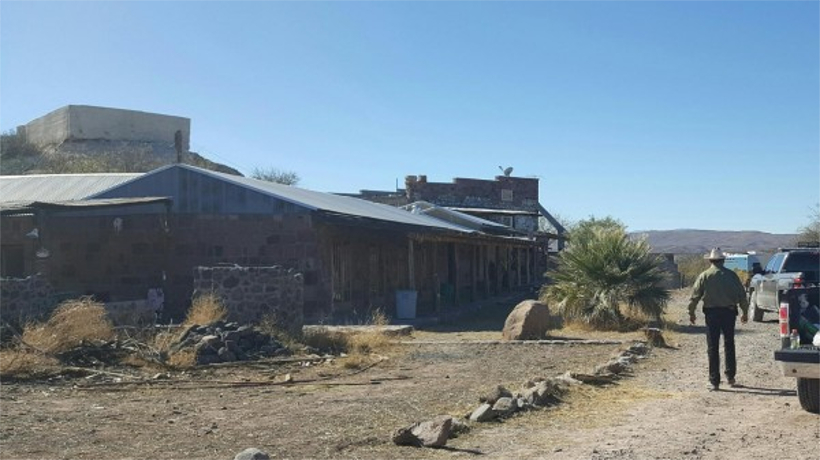 New information has surfaced regarding the New Mexico guide shoot-out in Candelaria, TX. While goHUNT previously reported that the shooting was thought to be an attack by illegal immigrants targeting the hunting party, it appears that might not be the case according to officials. In fact, Texas police officers have urged those involved not to talk about the incident as the investigation continues.

According to NewsWest9.com, the only bullet casings found at the scene of the crime by Texas authorities “belonged to the individuals hunting in the ranch.” Following the 911 call, the entire Circle Dug Ranch was searched by 30 U.S. Border Patrol agents, who concluded that there was no sign of outside traffic to or from the ranch; the shooting appears to be a result of “friendly fire” gone wrong.

“We’re still investigating and waiting for ballistics results from [Texas Department of Public Safety] lab in El Paso,” Presidio County Sheriff’s Deputy Joel Nuñez told Big Bend Now. “Right now, there is no evidence to suggest there was any ‘cross-border violence’ situation there.”

According to Nuñez, “the story is similar to what the 911 caller told dispatch and what witnesses told law enforcement during preliminary interviews,” but investigators do not have any evidence that suggests the crime is “cross border violence.” In fact, Texas officials believe that the final report on the ballistic evidence submitted to the Department of Public Safety Crime Lab in El Paso, TX will link the projectiles to the weapons used by the hunters themselves.

The following is a statement released by the family:

"The family of Walker Daugherty has decided to release a statement regarding their version of the events that took place on a rural TX ranch along the Mexico border on January 6th. Our statement comes after the Presidio County Sheriff, Danny Dominguez issued what he described as his office’s conclusion to their investigation of the incident. In an interview with reporters, Sheriff Dominguez declared that there was no cross-border activity and the incident “was the result of friendly fire.” We have chosen to release an account of events leading up to the incident to clear up, what they feel is, a lot of misinformation being reported.

Sheriff Dominguez’s statement that there has been “no indication of cross border activity” on the ranch is inaccurate. The truth is we [have] been involved in numerous incidents of cross border activity on the Circle Dug Ranch since December. The first involving a group of illegals we spotted and kept track of until Border Patrol arrived in a helicopter and captured them. The 2nd capture was the result of a break-in and robbery of our camp while we were out hunting. The following day we located a group of illegals with our spotting scopes and called Border Patrol. They came with the helicopter and captured them. They turned out to be the robbers and we recovered some of our stolen property. One of the robbers was a convicted felon who just got out of prison in KS, MO. This was his fourth capture. On another occasion two men from El Salvador came into camp and we held them until Border Patrol arrived. On yet another occasion we witnessed an illegal breaking into a neighboring ranch house, who we reported and Border Patrol caught him. All of this does not take into account the regular sightings of illegal’s foot tracks and their evidence that we see all the time. Border Patrol told us that everyone should be armed and never travel alone.

The incident that took place on January 6th revolves around a failed robbery attempt of the hunter client's RV and the response of Walker and Michael to the perceived threat. A statement by the client indicates that they were awakened by voices and someone repeatedly attempting to gain entry into their RV. Walker heard the attack from his room in the ranch house, woke Michael and both responded. Shots were fired and the hunter and Walker were both wounded.

The incident was not the result of miscommunication or reckless gun handling. We do not deny that the client was hit by friendly fire but Walker was not! We cannot at this time reveal all details but what we can say is we do not agree with the Sheriff's statement. Our experience has come into question but we have been professionally guiding hunters for 40 years. We have also assisted state game agency in the apprehension of numerous poaching cases and violations. For a period of time I worked as a reserve conservation officer for NMDGF. We know our surroundings, our firearms and our occupation. What took place on that night was extremely rare and will probably never happen again, but if it does we are prepared!"

Despite the information, Walker Daugherty still remains in the hospital due to his injuries in the shoot-out. If you want to donate to his medical care, visit www.gofundme.com/help-for-walker-daugherty. Stay tuned to goHUNT for more information on the case as it is released.

This article was edited to add the family's statement.