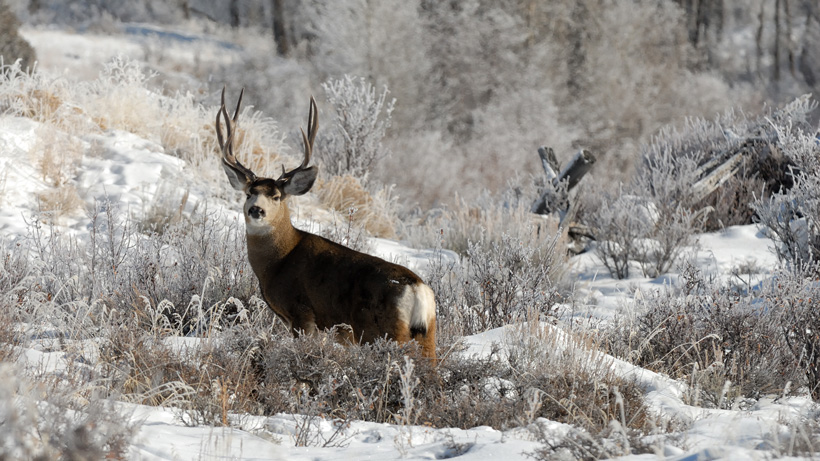 This fall there will likely be fewer deer permits for general season in Utah. The Utah Division of Wildlife Resources (UDWR) biologists made the recommendation because general deer populations have dropped throughout the state due to drought and chronic wasting disease (CWD), according to the agency. Therefore, UDWR is recommending only 80,725 general season permits for 2020 deer (a decrease of 9,175 permits) and 1,175 antlerless deer permits (a decrease of 1,045 permits compared to 2019).

This change would impact 19 of the 29 general season units across the state.

“In 2019, the statewide deer population estimate decreased by approximately 51,000 animals to a total of just over 321,000 deer,” said UDWR Big Game Coordinator Covy Jones. “This decrease was primarily due to drought conditions in the spring, summer and fall of 2018, followed by a heavy winter in 2019. Deer populations in areas of the southern, southeastern, northeastern and northern parts of the state showed the most loss.”

Further, to help combat CWD, there will be one new additional doe deer hunt.

Unfortunately, elk populations are also lower than they were in 2019, resulting in the possibility of fewer cow elk permits. UDWR has made recommendations for only 8,165 cow elk permits (down 1,470 from 2019).

Per UDWR, here’s a breakdown of how the permit numbers could change for 2020 big game hunts:

Correction: almost half, not more than.

I’m with Sydney, they cut Bison tags by more than half and there was no mention of that at all?

"This decrease was primarily due to drought conditions in the spring, summer and fall of 2018, followed by a heavy winter in 2019." ..... couldn't possibly be scoped muzzleloaders, new early rifle hunts, late muzzle hunts, and over-issuing of tags.... If i'm not mistaken last year Covey Jones was claiming Utah's deer numbers were " up and the best they'd been in years".

so it says 19/29 of general deer units will be affected by this. i know they’re not going to announce permit numbers until 4/30 but do we know which units will be reduced??

Why did they cut the bison so much?

I think we all know who the real asshole is here Gary.

About time but not enough still. Way to many people in the field at the same time.

on another note NV sure could use those Rocky Ewes! that would be a lot better then receiving more domesticated turkeys for our Desert sheep.

Ya the population could be decreasing from CWD or predators OR could it be the fact that across the west on every mountaintop and rock outcropping there are 3 assholes with a GO-PROs, wearing flat brimmed hats, with rifles with 30X scopes, 6 spotting scopes, shooting at deer at 600-1500 yards, wounding two or three of them before finally getting in range and killing a deer?

YouTube is full of "HEROES" in Utah with little to no respect for their game animals. Wounding 1 for every 1 they kill.

Something to think about. And if you dont think that shit happens all across the west you need to pull your head out of the dirt...

With advancements in technology and weaponry hunters are more "efficient" than ever.