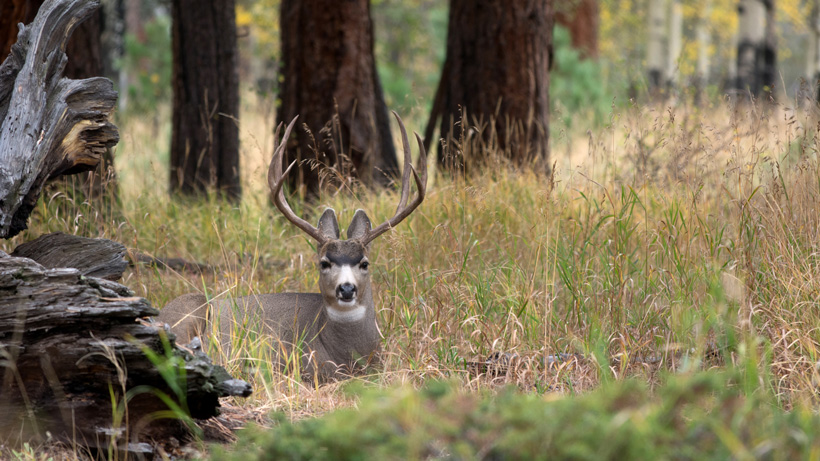 In early December, two Oregon mule deer bucks were discovered by state police. Both had been illegally shot and left to waste – one south of Pine Mountain in Deschutes County and another near Lake Billy Chinook in Jefferson County. Officers with the Fish and Wildlife branch of the Oregon State Patrol are currently investigating both incidents and are interested in any tips or information the public can provide to aid in the investigation.

According to The Chronicle, officers discovered the first mule deer buck on Dec. 2 following a tip. The animal was on BLM land in Kotzman Basin and appears to have been shot in the head. The backstraps were removed and the rest of the animal was left to rot. Officers believe that the animal was poached several months before – sometime around Oct. 29.

The second mule deer buck was found dead on Dec. 3. Officers say that the deer was “likely shot with a centerfire rifle” and died in the yard of a resident of the Three Rivers community when it tried to flee, The Chronicle reports.

The Oregon Hunters Association Turn-in-Poacher program is offering a $500 reward to anyone with information that will lead to the issuance of a citation or arrest. If you have any information, please contact OSP Senior Trooper Scott Sogge or Senior Trooper Aaron Roth by calling the TIP hotline at 1-800-452-7888 or by emailing at TIP@state.or.us.