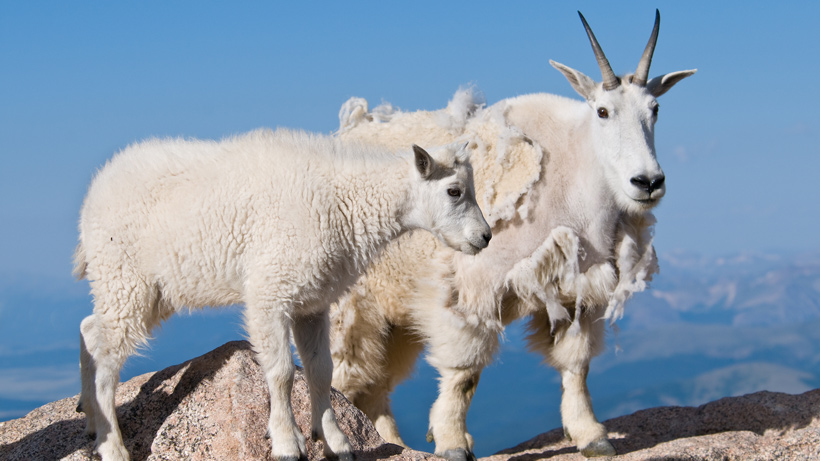 July 11 update: The reward offered from Operation Game Thief for information leading to the arrest or citation of the poachers that took two mountain goats on Quandary Peak has been increased to $5,000. Call 877-COLO-OGT or email game.thief@state.co.us to report.

Several people out for a Fourth of July hike on Quandary Peak Trail in Summit County, Colorado, stumbled upon a grisly scene: two mountain goats shot at “point blank range” about three miles up the trail. The young billies were discovered about 40 yards away from each other and, now, Colorado Parks and Wildlife (CPW) officers are hopeful someone will come forward with information. 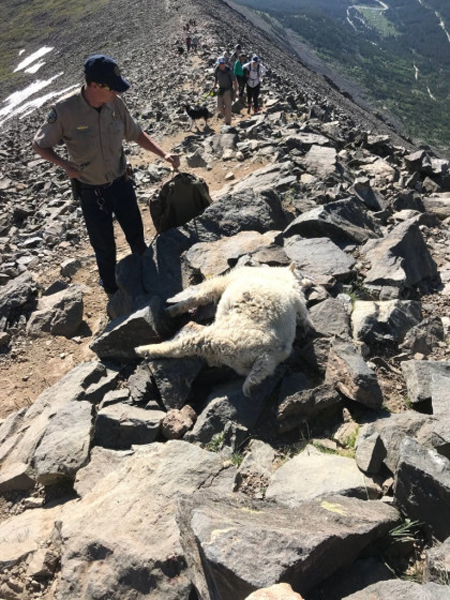 Actual photo of one of the dead mountain goats. Source: Colorado Parks and Wildlife

“It is poaching, plain and simple,” Rebecca Ferrell, CPW spokesperson, told CBS News. “Nothing was taken, no meat, no trophies were taken. It looks like something someone did for their own fun.”

The trail is a popular hiking spot and CPW hopes someone saw something suspicious during July 2 or 3. Any information could help officers catch the poachers responsible for this crime.

“We ask that anyone who was near the summit of Quandary Peak Tuesday help us locate those responsible for this egregious poaching,” Tom Davies, CPW district wildlife manager, told ABC News.