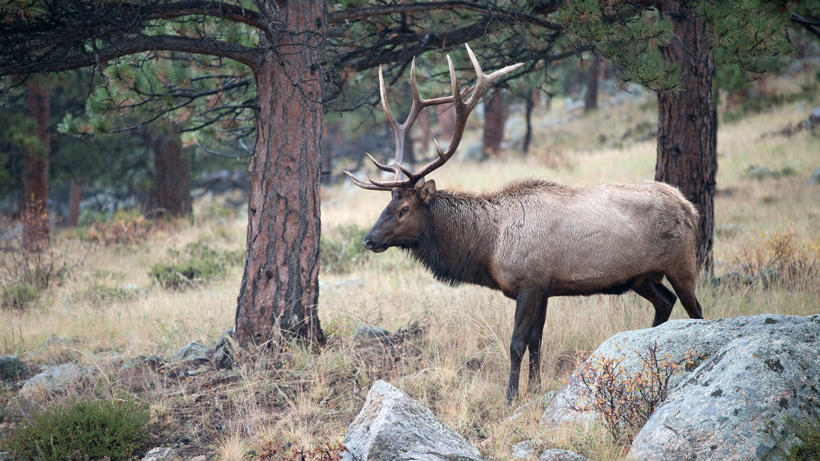 Two bull elk were illegally killed and left to waste in the Delano Range in Hunt Unit 081 in Nevada last month. The elk were recovered by Nevada Department of Wildlife (NDOW) game wardens west of Division Canyon approximately 150 yards of the Thousand Springs Road between Winecup Ranch and the Gambel Ranch, NDOW reports.

“We believe the bull was shot sometime between Friday, November 17, and Sunday morning, November 19,” said NDOW Game Warden Nick Brunson in a press release. “Another bull was shot and harvested in close proximity of the one that was left to waste.”

Both elk were found within 10’ of each other and investigators believe that both bulls were poached by the same party. The first bull found was missing its head and meat; the second was left to rot. They hope that someone will come forward to help push the investigation in the right direction. NDOW is offering a $1,000 reward from Operation Game Thief (OGT) for any information that leads to a conviction of this crime. If you have any tips, please contact OGT at 800-992-3030.

“There were a lot of hunters in the area who might have seen something,” said Brunson.  “We hope that someone will come forward with information that will help us solve this crime. It is a senseless act that should have people upset.”