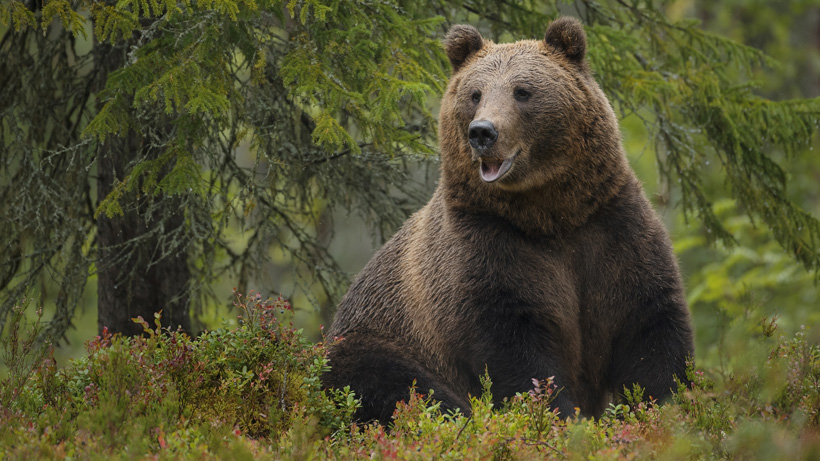 This week, Native American leaders united to ask Congress for permanent protections for grizzly bears within the Lower 48. The proposed legislation would block hunting and targets hunts slated for Wyoming and Idaho. According to the Associated Press, grizzly bears “play a central role in the traditions and ceremonies of many tribes” and some Native Americans consider the bears to healers.

“It's like the eagle; we don't shoot them because it's that sacred,” said Benjamin Nuvamsa, a member of the tribe's Hopi Bear Clan. “It has a really, really deep meaning for us, and we have to preserve and respect it.”

However, supporters of delisting the bears say the proposal goes against actual science. It also goes against those who want grizzly hunts in the Northern Rockies in order to decrease the number of grizzly attacks on livestock and, even, people.

“The science tells us the population is fully recovered,” said California Rep. Tom McClintock. “This bill substitutes emotional, ideological and sentimental biases that are the polar opposite of scientific resource management.”

Rep. Raul Grijalva, chairman of the House of Natural Resources Committee, is sponsoring the legislation to protect grizzly bears permanently. He told the Associated Press that the point of the proposal “was to recognize and honor the bear’s unique place in Native American tradition, by giving them protections beyond what’s offered under the Endangered Species Act.”

As goHUNT previously reported, two Wyoming lawmakers are working to bring grizzly bear legislation out of hibernation. Congresswoman Liz Cheney (R-WY) and Senator Mike Enzi (R-WY) introduced the Grizzly Bear State Management Act, which would reverse the September 2018 decision that removed the Greater Yellowstone Ecosystem grizzly bears from the threatened species list. If approved, the Act would allow for the delisting of Yellowstone grizzly bears from the threatened species list and return management to the states.

If protections are removed, management will be transferred to state wildlife agencies.