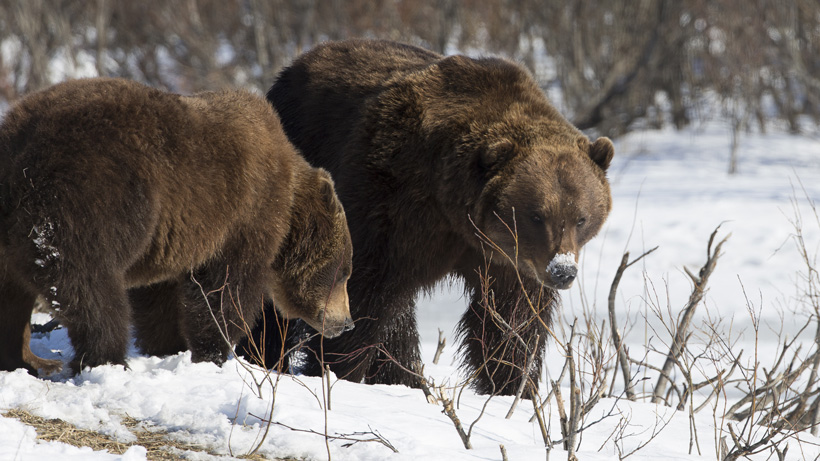 A new grant from the U.S. Fish and Wildlife Service will help the Confederated Salish and Kootenai Tribes (CSKT) work toward a decrease in grizzly bear vehicle collisions on the Flathead Reservation. The $83,000 Tribal Wildlife Grant was awarded last week, giving CSKT wildlife biologists the ability to “analyze the mountain of data they’ve gathered regarding animal movements across U.S. Highway 93,” with a particular emphasis on grizzly bears, the Missoula Current reports.

Vehicle collisions play a large role in grizzly bear deaths across the Northern Continental Divide Ecosystem. There are currently 41 animal underpasses and the Animals’ Bridge overpass on Highway 93 between Evaro and Polson thanks to a decade-old project in coordination with the Montana Department of Transportion and the Federal Highway Administration. Unfortunately, a 10-mile portion that runs north of St. Ignatius through the Ninepipe Wildlife Management Area remains unfinished due to funding – an area where “many grizzlies have died,” according to the Missoula Current.

“We’ve got all this data, and we know where they’re crossing,” said CSKT wildlife biologist Whisper Camel-Means. “We got the grant to synthesize the locations where they’re crossing Highway 93 and will try to – with a grizzly bear focus – think about what we could do with the remaining section of highway.”

Using trail cameras, CSKT tracks which species use them. Grizzly bears do not seem that interested. In fact, according to the Missoula Current, between 2010 and 2015, only 30 grizzlies used the crossings (out of 95,000 animals).

“We have structures that grizzly bears do use, but they don’t use them as often as we’d like and they’re still getting hit on the highway. So we want to look at why that is,” said Camel-Means, adding that the unfinished project has given them time to determine if certain crossings are “more effective” for certain species and update the old plans based upon this information.

“That was the spirit of the whole project – that we would learn as we went,” said Camel-Means. “We have the environmental assessment, it’s all been done years ago. But we’ve learned a lot since that was written.”